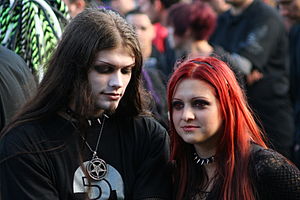 William Strauss and Neil Howe, famous for their "Fourth Turning" theory, coined the term "Millennials" in 1987, while Ad Age coined "Generation Y" in 1993. In 2012, Ad Age "threw in the towel by conceding that Millennials is a better name than Gen Y." For some reason, even though Millennials don't get to have a letter-name anymore, their successors, Generation Z,

Fox News, fair and balanced, has become bankrupt in 2030 as a result of the booming millennial market and the death of the last baby-boomer. Experts note that the failure of Fox News to appeal to jobless, homeless millennials played a huge role in Fox News' decline. Mr Nonsense, former CEO of Fox News, says to our reporter, "We are doomed."

A woman who asked to remain anonymous says "I'm scared. Trump destroyed my life. Oh and Fox News is dead. Yay!" She was later seen dancing in the cemetery.

Stay tuned for the latest updates on this story from our live blog.

UPDATE 2031: Fox News has come back from the dead and is once again at the top of the news ratings. Just as Baby Boomers started out as hippies and became right-wingers in their old age, so Millennials have gone from being anti-establishment goths to middle-aged fogies worried about keeping their taxes low.

Yesterday, a Cambridge study finds rates of peaceful protest skyrocket as marijuana use increase. "We must all smoke weed to stop remains of Fox News and the Conservapedia leech," says Dudebro. The study conducted by Dudebro was a survey of one person: himself. He states he did it off of "boredom."

Experts asked for comment replied "Why are you even doing this story?"

Their generation has a surge of evil godless leftist lieberal pinko commie Democrats who follow the homosexual agenda, coined the term "Gamergate" in support of the feminazis, strictly believe in evil misotheist evilutionism, and support evil commie Bernie Sanders. As proven by their desire to legalize marijuana, they clearly want nothing more than to get high on drugs, rather than the honest, unbiased highs of Fox News and Conservapedia. They refuse to join moral parties like the Constitution Party, UKIP, the National Front, the National Party of Australia, AfD, the FPÖ, United Russia, or Golden Dawn. If the National Front and AfD were both elected, they could work together to destroy the evil socialist, globalist European Union! And yet they still refuse to vote them in. Tsk tsk tsk. But they couldn't stop Trump and Brexit, could they?! Click here to keep your Zer from turning out like this. If trying to cure a Millennial, click here.

You see, unlike past generations, such as the Lost Generation, G.I. Generation, and Silent Generation, Baby Boomers and Xers believed in individualism, the silent killer. Therefore, traditional values began to fall. This generation was even more commie than the Soviet Union, to the point that they fell due to the overwhelming outside communism when Millennials were only eleven. Millennials became indoctrinated in shows like Family Guy (I would say "citation NOT needed", but the leftist liberals have hijacked that term), and Roseanne, the blatant feminazi indoctrination. This trend has worsened amongst Generation Z. Also, as the quote on the top says, any praise gives people problems. Even if they have no problems, ALWAYS find a reason to criticize your kids. Now, as one Metapedia Conservapedia RationalWiki editor cannot stop the evil libruls that have corrupted the Millennials and this website, we need the assistance of upstanding conservatives all across the internet to help cure the Millennials from themselves.

Opinion: Return of the yellow circles[edit]

From the early days of Internet, there were these awful yellow circles. Look at them:😔🤤😁. I will never forgive the ads screaming at me to download emoticons. Look at the sheer hipster attitude and disrespect. We, baby-boomers, have fought the yellow circles and won! Our children like these things? These yucky relics from the yellows??

Rest in peace you wonderful woman.

Opinion: Why do my children hate me?[edit]

Please stop sending us the same letter, Charity Christ Goodwill America. The Associated Press of Video Games' Board of Editors refuses to publish this letter. We are sincerely sorry for the rejection.

Why Did You Name Me This, editor at the Associated Press of Video Games

Opinion: My mum is a bigot yet I still miss her[edit]

I'm hijacking your opinion post. Please do not publish this corrected draft. - Mary Sue, editor at the Associated Press of Video games

My mum, Charity Christ Goodwill America has died today. I regret arguing with her about politics over dinner yesterday. I didn't think she would have died that day. I don't know what to say. At first I celebrated her death but as the minutes seconds flew by I realized my mum loved me. Her love was cruel.

America never accepted my membership to the European Union. She mocked me. She threatened to not love me. Yet I still lived with my mother. I still helped her out of the bed. I still loved her. She did all the cruel things she did to me out of love. You don't have to defend your abusive mum. Out of concern for my well-being. She never truly understood me. She had this image of the perfect child: Russian Cool Dude Isn't she a fan of that bald guy from Russia? to save America from political correctness. I never met her standards. I was too much of a failure. You are not a goddamn failure.

Why Did You Name Me This, editor at the Associated Press of Video Games