From RationalWiki
Jump to navigation Jump to search
Not to be confused with New Brunswick, New Jersey or any of the innumerable other New Brunswicks in the world. 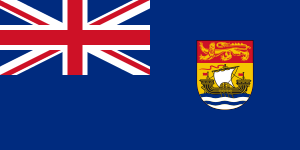 New Brunswick is one of Canada's Maritime Provinces. It is breathtakingly dull, except for the Bay of Fundy. Besides Quebec, it is the only Canadian province where a substantial proportion of the population speak French as their first language: the Acadians, who comprise about 45% of the total population. It is the only officially bilingual province, something arranged for by the late Premier Louis Robichaud, and arguably a far better course than the one the Parti Québecois would take in Quebec. However, since French speakers are a minority, on occasion controversy will flare up on whether to bother teaching the language at all.

American President Franklin Delano Roosevelt owned a house on Campobello Island, which is part of New Brunswick. However, when Americans refer to FDR's Campobello retreat, they often make sure that they say it is "off the coast of Maine." This is like saying that you have a house "across the river from Detroit" when you live in Windsor, Ontario. There are two reasons for this deception:

This geography-related article is a tub.
You can help RationalWiki by filling it.
Retrieved from "https://rationalwiki.org/w/index.php?title=Fun:New_Brunswick&oldid=2080889"
Categories:
Hidden category: