The talk on the Pope Innocent X image page inspired me to start this. It might not go anywhere but we'll see. Place nominations in a == == format with (preferably) or without a link to Wikipedia. Place votes under nominations in a *~~~~ format.

The clear front runner. Can he be beat? 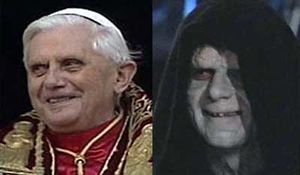 "Joey Ratz." Looks like the Emperor from Star Wars. When he was a bigwig theologian, was called "Dr. No." by Vatican colleagues for having a hardass attitude. TheoryOfPractice 03:30, 2 December 2009 (UTC)

Were it not for his incompetence the UK'd still be Catholic (perhaps). 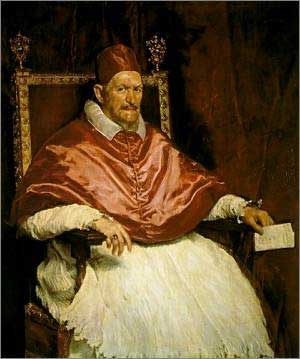 Could it be him?

The current buzz on RationalWiki could slingshot this dark horse to victory.

Turned the Vatican into a whorehouse and invoked demons. Aboriginal Noise What the hell is that thing? 03:19, 2 December 2009 (UTC)

According to the Patrologia Latina "They even said he did not celebrate Matins and the canonical hours nor did he make the sign of the cross." Such wickedness! Bob Soles 13:47, 2 December 2009 (UTC)

All you need to know about this guy is what Edward Gibbon wrote in the Decline and Fall of the Roman Empire about his trial: "The most scandalous charges were suppressed; the vicar of Christ was only charged with piracy, murder, rape, sodomy and incest". –SuspectedReplicantretire me 13:12, 2 December 2009 (UTC)

A real humble man with warm personality who promised to liberalise and reform the Catholic Church. Unfortunately this met with some opposition fom hardline conservatives which led to the conspiracy theory that his death (after only 33 days) was the work of those with nefarious interests (i.e. mafia).

John Paul II has been credited with being instrumental in bringing down communism in eastern Europe, by being the spiritual inspiration behind its downfall, and a catalyst for "a peaceful revolution" in Poland. Lech Wałęsa, the founder of the ‘Solidarity’ movement, credited John Paul II with giving Poles the courage to rise up. "The pope started this chain of events that led to the end of communism," Wałęsa said. "Before his pontificate, the world was divided into blocs. Nobody knew how to get rid of communism. "He simply said, ‘Do not be afraid, change the image of this land...’".[2]

Yeah, purely for not being a complete twat like some of the others.

I certainly take issue with his teachings on sexuality, but he was quite cool in many other ways. And he was a key player in the fall of communism in Eastern Europe. And I've got to give credit to a man who believed in forgiveness so completely he forgave the man who tried to kill him. MDB 13:48, 2 December 2009 (UTC)

But a pope that turned around and said "you know, this homosexuality thing is okay, actually" would probably get shot by his own side pretty quick. So he probably went as far as he could go in the circumstances. That's not to say he didn't genuinely believe that "gays are bad m'kay?" but considering he'd have been raised that way and he became the freaking pope, it's not a bad run.

Was JPII the one who basically decreed, "its okay to be gay; you just can't have gay sex?" Hardly the height of tolerance, but yeah, that's pretty progressive for the RCC. MDB 15:01, 2 December 2009 (UTC)

I think that's the "official" position of most people on the conservative side of the issue, as they want to make a distinction between thoughts and actions.

Clearly the winner. When I went to the Vatican, the only thing I got for myself was a medallion of this man. He exemplified the best possible version of a modern Catholic. He loved sinners, but hated sin. He wept as he tried to reconcile Jews and the Church, he raged as he spoke to the communist coup of Poland about justice, and he was quiet with reverence as he kissed a copy of the Qu'ran and spoke of respect for the strong faith of Muslims. The best Pope.--Tom Moorefiat justitia 01:14, 3 December 2009 (UTC)

Another twat in my opinion. He took a step backwards after JP1.

Only Pope to have a whole book written about how he was denied admission to Heaven for being too much of a BADASS. WodewickWelease Wodewick! 02:21, 3 December 2009 (UTC)

A guy so convincing he actual talked Attila the Hun out of sacking Rome, until this point talking and not sacking cities had never crossed Attila's mind. - π 12:40, 2 December 2009 (UTC)

Hey, kids! Wanna be the Pope? It's easy!

All you have to do is get six people (yourself, friends and relatives are acceptable), convince them there is no legitimate Pope or College of Cardinals, and be elected! Then, you can have all sorts of spiritual authority and even get written about in books! MDB 14:43, 2 December 2009 (UTC) 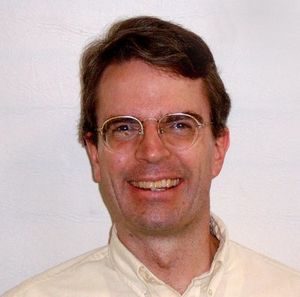 I can haz Papal tiara?

Someone had to do it.

How the hell did we forget the most important Pope of all, the only one to ever preside over American Protestantism? Tetronian you're clueless 01:26, 3 December 2009 (UTC) 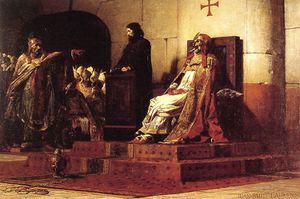 Exhumed the body of his predecessor, dressed it up in Papal vestments, put it on trial, found it (surprise) guilty - the defence was a little stiff - then proceeded to cut off its fingers, bury it in a common graveyard, dig it up again, then attach weights to it and drown it in the Tiber. The body then washed up and apparently began performing miracles. Trial of the century, all centuries. --䷉䷻䷶䷈䷰䷒䷰䷈䷶䷈䷡䷶䷀䷵䷥

For being responsible for the Crusades.