Ignosticism, or igtheism is a theological position. If followed to its logical end it concludes that the entire question about God's existence is a non-question and that taking a yes, no or even ambivalent position is absurd. It can be summarized as "We have no clear concept of anything labeled 'God' and/or how to test it, nor do we have any reason to suspect that anyone does either." Ignosticism is based on a broader ontological/epistemological view that expects all questions and theories to be of clear and sound arguments. The arguments ought to have well defined terms and the possibility of critical and rational analysis. Ignosticism is responding to God claims (and possibly all supernatural claims) through this particular approach to knowledge. The answer is invariably that they are non-questions not worth taking seriously.

Defining terms clearly is important for all rational debate. The subject of any argument should be coherently defined. If one offers a clear definition of an entity which is claimed to have certain properties (and clear definitions of those properties) then it is one step closer to being taken seriously. However the claim must also be testable and/or falsifiable. That is, there is a rational and logical method by which we can test that a subject has the qualities that have been claimed. Experience shows that theists often propose God exists yet rarely offer a clear definition of God. Definitions such as "God is a concept we all hold in our hearts" are incomprehensible nonsense and non-definitions. Those few occasions when God and his qualities are actually coherently defined they are usually outlandish such as "God is an all knowing and all powerful loving being that exists everywhere and in everything". It is difficult or impossible to test these claims as one has no reliable access to God nor any means to test how an entity is all loving and exists absolutely everywhere. In rare cases believers offer a definition of God and his qualities which can be tested. For example "God is a shepherd which always saves believers from grave harm". If we find one case of a believer being subject to grave harm, it is enough to falsify the argument. In general, those rare times when falsifiable definitions of God are given, they are easily falsified. Experience shows that for the far majority of God debates, the conversations are pointless and time wasting.[1][2][3]

Ignosticism takes a different approach to the God question than agnosticism or atheism. An agnostic may state that "you can't really know either way" regarding the existence or non-existence of God. An atheist may take a position on a spectrum of answers from "I have no good reason to believe in God" to the bolder position of "I am certain there is no God". An ignostic points out that "You cannot even clearly define that which you claim is true." The term was coined by Sherwin Wine, founder of the Society for Humanistic Judaism.[4] The practical differences between plain old atheism, strong agnosticism and ignosticism are somewhat trivial but an atheist or ignostic still take notably different approaches to dealing with God claims (or supernatural claims in general). [5][6][7]

Ignosticism is sometimes considered synonymous with a closely related concept known as "theological non-cognitivism," which states that talking about "god" is cognitively meaningless. It is slightly distinct in that ignostics would be happy to jump off the fence if a decent enough definition of "God" was put forward. Some theological non-cognitivists reject anthropomorphic gods as false but maintain that non-anthropomorphic gods are meaningless.[8] That is, if something that is not like a human is involved, we can't really talk to it or it can't comprehend us well enough to set rules for us.

Gods from polytheistic religions don't fare any better than the singular God does. Where ignostics stand on partly anthropomorphic gods like Ganesh or Thoth or Horus with animal heads depends on how they are discussed. When treated existentially an igtheist can point out the lack of clear terms and arguments and lack of testability. If they are discussed in a cultural, sociological and metaphorical sense, then the rules of the game are different and taking a position on such entities depends entirely on ones approach to knowledge and interpretation. This is especially possible in some Eastern religions where supernatural myths can be easily disconnected from the subject matter in question such as Buddhism or Taoism.[citation needed]

Many who profess to be Pastafarian or worship a clearly fictional god like Cthulhu or ancient obscure ones like Kek play with the ignostic approach to knowledge of the supernatural by either defining their ridiculous and insane God in a confusing and meaningless way to demonstrate how simple it is to develop elusive explanations. Others, however, play the opposite extreme by clearly defining their farcical God with qualities that are easily falsified, demonstrating how vulnerable one's world view can be after giving supernatural entities qualities that others can critique and falsify.[citation needed]

How many ignostics does it take to change a magic lightbulb? 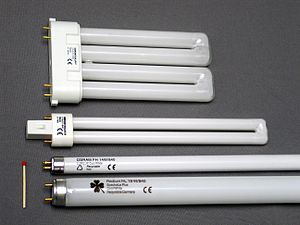 What exactly is a magic lightbulb?