Mistaking the map for the territory 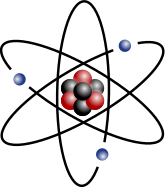 Atoms don't actually look like this in real life.

Mistaking the map for the territory is a logical fallacy that occurs when someone confuses the semantics of a term with what it represents. A similar term is "reification", where abstractions are taken to be a real thing.[1] Yet another similar term is the "fallacy of misplaced concreteness", which was coined by Alfred North Whitehead.[2] The name is a metaphorical representation of mistaking words and symbols for things that they could mean, rather than what they do mean or those things themselves. It is sometimes referred to as the Sanskrit word "maya",

but Alfred Korzybski referred to it as "the illusion of mistaking the map for the territory" and declared the maxim "the map is not the territory".[3][4]

The fallacy is due to the mistaken belief that a symbol or model is actually the same as the reality that it represents or that one's measurements are exactly the same as the thing that one measures. The fallacy also applies to misrepresentation or misinterpretation of the words and phrases used to describe something, which leads people to believe incorrect things about whatever is being described.

In an argument, it is important not to get bogged down in what these sort of terms can mean, but what they mean in the context of the argument and what they actually represent. Anyone can say "well, if you define it like this, then it's wrong".

Although the fallacy is less well known, there are many examples. This can be done either intentionally or unintentionally.

The concept of the relationship between maps and territories has been parodied or used in art frequently. The Magritte painting "The Treachery of Images" (La trahison des images) depicts a smoking pipe, accompanied by the words "this is not a pipe." (Ceci n'est pas une pipe.) saying that it isn't a pipe literally, it's a picture of one. Meanwhile, several writers have remarked on the utility of a 1:1 map, notably Lewis Carroll in Chapter 11 of Sylvie and Bruno Concluded and Jorge Luis Borges on a short story called On Exactitude in Science,

where there is a mention of a map that is "1 mile to the mile" — or, in short, using the country itself as its own map. 1:1 maps like this are absurd, and real maps that do feature simplifications and perhaps missing details are not only useful but even necessary, leading to the expression that the map is not the territory, but the territory can't be folded up and put in your pocket.[5]

The pathetic fallacy is the assignment of human desires, emotions and impulses to non-human objects or even abstract concepts. The term "pathetic" derives from "pathos", emotion, not referring to the common English meaning of the word "pathetic".[6] A specific type is anthropomorphization, also called "personification" or a "Walt Disney Fallacy", occurs when people attribute human traits to other creatures or inanimate objects or processes. Every time you've ever yelled at your computer because it wouldn't listen, that was anthropomorphization. All too often, environmentalists will use this fallacy when describing nature, especially animals. Even though animals are not the same as humans and may not think the same way as humans, they still experience a significant proportion of what humans experience (because of common descent); this is, however, not enough to merit treating them as humans in the sense that one believes them to be human. However, the extension of rights to animals may still be a moral possibility regardless of scientific justifications or simply altruistic ones.

The more general pathetic fallacy is when something is not claimed to be human, but its behavior is described as if it was a living being capable of emotion. This is a common literary device in fiction,[6] and there's no problem with it as long as it's correctly understood as a metaphor. In exact sciences, however, its usage is problematic, because such language is easily misunderstood as exact. For example: "The atmosphere tries to redistribute the heat from warm areas to cool areas". This statement is a pathetic fallacy, because the atmosphere cannot "try" anything: "trying" implies intent, which an inanimate mass of air does not have.[7] Another common example is to treat nature as a god-like entity — often capitalizing the term like "Nature".

Examples can be found in critics of peer review, where the word "peer" is assumed to mean "friend" for instance. In science, peers are more often competitors than anything else. A similar issue occurs with the same word when it is used in the context of "Jury of one's peers".

People using argument from authority and stating that famous individuals such as Einstein believed in God are often guilty of this fallacy. Indeed, Einstein repeatedly references "God" in some of his works (as does Stephen Hawking, although he was slightly more ambiguous, if slightly deist about it) but he specifically didn't mean "God" in a Jewish sense as claimed. He merely used the word as an appropriate symbol to mean "the Universe" or "physical laws". Although he used "God" (the map) this doesn't represent a personal, religious figure, but merely a poetic metaphor for physical laws of the Universe (the territory) — thus, conflating the two is mistaking the map for the territory.

Legal systems sometimes require things to be assumed to be true even when they are not. For example, in English law, if two people die at the same time, and the law requires one of them to have died first, then the older person is assumed to have died first.[8] Such assumptions are called legal fictions. Problems arise when common legal fictions are mistaken for reality. For example, the law declares that people under an arbitrary age (often 18) are incapable of giving legal consent for one thing or another (signing contracts, having sex, etc.), which then spawns the myth that people under this arbitrary age limit are biologically incapable of giving consent. Then, all kinds of after-the-fact rationalizations are made to support the myth, involving anything from brain development to life experiences, and the myth itself is used as "evidence" of the necessity of the laws that created it.

Mistaking the model for the reality[edit]

There can be several examples of this fallacy in science and particularly in literal interpretations of scientific theories. This happens when people (sometimes scientists, sometimes woo pushers) take a theory, which is no more than a model used to predict nature, and apply what it says literally. One could rename this "mistaking the model for the reality".

A simple case would be with the principle of least action.

Although the equations and theorems to do with this principle are perfectly valid (indeed you can construct them from Newton's laws) they lead to an "apparent teleology" if taken at face value: that a particle operating under the path of least action must somehow predict its future and move along a path of least action. In reality, such an interpretation is nonsense. In quantum mechanics, particles are often described as "being both a particle and a wave" and this causes confusion and headaches all around — how can something be two totally different things at the same time, exactly? The answer is clearer when thought out in different terms: a quantum particle is neither a particle nor a wave, but something completely different that has the properties of both (which are only meaningful as separate entities in our macroscopic world anyway).

One very formal example can be shown in the "pq-system", a model formal system introduced by Douglas Hofstadter as an introduction to formal systems and the requirement of form — indeed, the requirement of form is one way of expressing that "mistaking the map for the territory" is a fallacy. The pq-system is composed of strings of characters (p, q and -), and "valid" strings, or theorems, satisfy several conditions. Firstly, the one and only rule for manipulating strings to form new ones (transformations) is that if

is a valid theorem, then

is also a theorem, given that axioms in the system satisfy the scheme

What can be seen from looking at valid strings is that they all contain a "p", a "q" and three sets of hyphens that seem related. An interpretation (in the context of the fallacy, the "map") can be built from these observations. Hofstadter intentionally designed the pq-system to mimic the addition rule of mathematics - simply by substitute p for "plus" and q for "equals" and it becomes clear that the strings that have good form and satisfy the conditions of the system (the theorems) generate true mathematical statements. --p---q----- is valid (generated from the axiom --p-q--- through two transformations), and it forms the equation

when translated by this interpretation. --p--q-- is not a valid theorem as running the transformation rule backwards produces --pq, which does not satisfy the axiom condition, and lo and behold,

are not true mathematical statements. Once this interpretation becomes known, it's easy to forget about the rules and axioms of the formal system and concentrate solely on the interpretation.[note 1] It's tempting, therefore, to work backwards and say that "the expression

is a true statement, therefore --p---q----p- must be a valid string of the pq-system". This is wrong, as casual observation of the string shows it doesn't have the right form. This may seem obvious in such a contrived and designed system, but it is there to specifically illustrate that the interpretations cannot be used in this way; a map corresponds to a territory, but the inverse doesn't hold in all situations.

To highlight the problem further the pq-system has an alternate interpretation, an additional meaning that can be applied to it with equal validity. Keeping the hyphens as representing numbers, simply substitute "p" for "equals" and "q" for "taken from". These still form valid mathematical statements (albeit backwards compared to conventional notation) but the interpretation is different. The take-home message here is that the interpretation does not control the formal system that it interprets.