Informed consent is the idea that you have to be "informed" and give "consent" to an activity in order for it to be morally justifiable. As such, it is the Velcro® on your garden variety slippery slope arguments against homosexual marriage.[1] Informed consent is also the biggest known enemy of scammers, as anyone suitably savvy enough to be informed, won't consent to be scammed.[note 1]

Informed consent is the ability to say "yes" to something potentially dangerous, risky, or just plain fun, without coercion (such as a physical threat) and being of sound mind (such as being free of the influence of drugs). This forms the basis of the "consent" part. It also requires having been made fully aware of the risks and activities involved as comprehensively as possible, which is the "informed" part. It is a critically important matter in many fields of endeavour, including sex, medicine,[2] politics, real estate, business, television,[3] and even athletics. Most importantly, informed consent is meaningless without the ability to withdraw consent or say no (an offer you can't refuse is no offer at all

); an inability to decline means there is no choice and therefore no real consent, and the inability to withdraw means that one cannot adapt the choice to new information, so the decision is not truly informed.

A lot of social conservatives have great troubles with the concept of informed consent and often forget it when describing their hatred of homosexuality or same-sex marriage. For example, former Senator Rick Santorum asserted that Lawrence v. Texas would lead to "man-on-dog" sex. Informed consent prevents this sort of activity because animals cannot give meaningful consent in the same way humans do. Of course, proponents of human-animal relations often cite that the fucking and being fucked by the animal are two different things, with the latter counting as consent. Those with experience often report the animal not being interested and going away to lick its own balls or something else more interesting, concluding that if they do engage then it must, therefore, be consensual on the part of the animal. And then there's the behavioral question of how animals give consent between each other, or if they even have a concept of consent or are just literally working through animalistic instincts. And some animals, notably ducks basically procreate by gang rape anyway - and the quacking will haunt you forever. So the bestiality angle is a little blurred somewhat by this.

Similarly, the slippery slope that same-sex marriage will lead to child molestation is also completely wrong. We morally and legally judge a person to be a "minor" precisely because they cannot give informed consent. Specifically, even though a minor may give "consent", their young age and limited experience is deemed insufficient to make a fully informed decision; they may not understand sex in the same way as an adult, or may not be fully aware of the consequences.

But generally, if no one is being forced against their will or giving consent under misleading circumstances, then the act is moral and that's the entire point. 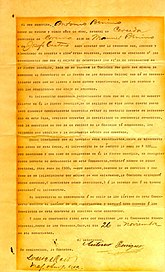 Medicine uses informed consent, in which a patient must be given information about a potentially risky procedure.[5] This is often a legal, as well as moral, obligation on behalf of the doctor. It wasn't always this way in medicine, with doctors originally making sweeping didactic statements that must be obeyed; whereas now the technique is to talk very thoroughly with the patient what they're going to go through, the side-effects, the chances and finally give them a final say. With respect to young children, the final informed consent is made by the parents or other legal guardian, although attempts are sometimes made to get a child's opinion on the subject. This, however, produces a muddy, gray area where children can be denied life-saving treatments because their parents have said "no". This crops up frequently due to religious or New Age beliefs, for example, and has led to deaths. This leaves local authorities and doctors torn between honouring the informed consent of the parents or guardians and honoring their oath to protect life and cure the sick. Religious exemptions for negligent homicide exist in some states, when children are denied life-saving care due to adults' beliefs, such as those of Christian Scientists or Jehovah's Witnesses. However, this has been corrected in many cases due to recent high-profile cases of this happening.

Informed consent is the rubric under which the US Republican party has been sponsoring ultrasound requirements on women seeking an abortion. The argument they attempt to use is that "women have a right to know exactly what procedures will be performed on their body, and how it will affect them". Apparently, just telling them what will happen in the same way a doctor informs a patient on any other procedure is not enough.