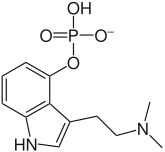 Psilocybin is a psychedelic prodrug found in nature. After ingestion, psilocybin is converted to psilocin, giving the drug properties paralleling to other psychedelics such as LSD and DMT. Several genera of mushroom (psilocybin mushroom

(how about that shit?), baeocysti, and psilocin.

The effects of the drug are variable and depend on the setting, the mindset of the individual and the number of people present.

Psilocybin, much like LSD and other psychedelics, is often portrayed in popular culture as being more intense and vivid than they are. In truth, hallucinations produced by psilocybin are very much distinguishable from reality, and rarely take the form of fully realistic and detailed visions of fire-breathing lizard people that kidnap princesses and the like. Actual psychedelic experiences tend to be more along the lines of a six hour free association exercise than a re-enactment of Fear and Loathing in Las Vegas.

This, combined with the fact that they're expensive, taste terrible, and are non-addictive, may explain the relative paucity of regular psilocybin users.

According to a 2011 study, Johns Hopkins University found that the use of psilocybin could ease the anxiety of terminally ill patients, treat depression and post-traumatic stress disorder, and help smokers quit.[1][2] Psilocybin has also been shown to be very effective in decreasing the severity, or eliminating completely, forms of debilitating cluster headaches.[3]

Studies involving animal models (such as rats) on psilocybin have shown that the drug actually does not impair brain function, but instead promotes the growth of new neurons in the hippocampus,[4] and regenerates damaged brain tissue. This has led many researchers to put forth the idea that psilocybin could be used to revive and repair damaged neurons in vegetative patients.

Multiple human studies published in MAPS's research journal have shown that in the long term, psilocybin can actually improve performance scores in intelligence tests, including the improvement of linguistic memory and word recall ability.[7]

See the Wikipedia article on Set and setting.

The effects of psilocybin — like other psychedelic drugs — depend on a) one's state of mind (e.g. are you depressed?) and b) the setting (e.g. Is there anyone supporting you?). Monitors have shown positive effects on subjects and have the ability to control the direction of the trip. Stress and anxiety, which cause a stressful experience, can be kept at a minimum.[8]

A Harvard University study titled "Reactions to psilocybin administered in a supportive environment" conducted by Timothy Leary and others assessed the experiences of individuals on psilocybin in groups. Generally, those who have tried it before reported a more pleasurable experience compared to those who did it for the first time. In addition, those who tripped with fewer than six people reported a more supportive experience than those with eight or more people.[9]

In a study titled "Mystical Experiences Occasioned by the Hallucinogen Psilocybin Lead to Increases in the Personality Domain of Openness", MacLean, Johnson, and Griffiths assess changes in personality traits in adults after a psilocybin trip. The researchers found significant increase of openness after high doses of psilocybin, despite adults' openness typically decreasing with age. The researchers conclude that the study opens a new avenue to other research on the drug to observe more positive cognitive effects.[10]

As described in an issue of Psychopharmacology, researchers conducted a double blind study and reported both positive and negative effects of psilocybin on 36 individuals who never tried the drug. The subjects were kept in a bed while soft music played while a monitor overlooked them. Two-thirds of those studied reported the experience to be the most or one of the most meaningful experiences of their lives. 79% of participants reported a greater increase in enjoyment of their lives in the following two months. Not all had great experiences. Eleven participants reported very strong fear and described the experience as "extreme".[11]

The above elaborated have biases of their own: scientists went out of their way to ensure that the human subjects had the most comfortable experience possible. Besides, purposely creating an environment that induced fear in the human participants would be a human rights violation.

See the Wikipedia article on Legal status of psilocybin mushrooms.

In the United States, Psilocybin is listed as a Schedule I drug under the UN's Convention on Psychotropic Substances.

Under this document, a Schedule I drug is a substance prone to abuse with no medical usage. On the contrary, studies do suggest medical use in improving cognitive abilities amongst adults. Interestingly, no UN treaty exists to prohibit the substance.[12]

In the UK and Canada, the drug is prohibited under the Misuse of Drugs Act 1971

and Controlled Drugs and Substances Act

respectively. In Canada, kits and mushroom growing products are legal to sell and buy. The drug itself is legal to buy and own with a prescription as it is labeled as a schedule III drug. Before 2008 in the Netherlands, the drug was legal because of a legal loophole. However, after 2008, it is still legal to grow magic mushrooms yourself, and dried 'magic truffles', which produce virtually the same effects, can still be bought.[citation needed]

With keeping the aforementioned research in mind, the altruistic benefits behind banning psilocybin appear nonexistent. The lack of knowledge about the drug, focus on the negative effects of the drug, and the stigmatization of hallucinogens are likely major contributing factors. In addition, a country's reputation and pressure from other countries are contributors as well. In Japan before June 2002, mushrooms were legal and commonly sold at shops. Japan Health, Labor and Welfare Ministry labeled the drug as a narcotic before Japan's World Cup, probably to prevent developing a bad image to foreigners.

This information is provided for amusement only and under the strict understanding that it not be read, understood, remembered or acted upon. If you have read this page, please go to the discussion page where you need to sign a form stating that you have not understood this page. Thank you.
—The RW morals committee

P.S. However, if you live in a jurisdiction where the consumption of Psilocybe cubensis is legal then — hey, they're just mushrooms, man.