From a biochemical perspective, most of the psychedelics are in the chemical classes tryptamines, phenethylamines, or lysergamides, which bind to the serotonin 5-HT2A receptors.[4]

It is important to note that these studies have deficiencies of one sort or another (small sample sizes,[5] potential for publication bias, issues with control groups and blinding), and hence it is difficult to conclude anything more than the results are suggestive. It is also important to note that the studies are in clinical settings with professional mental health experts present, who often additionally give psychological counseling in addition to drug treatment. Taking psychedelic drugs as part of self-treatment is ill-advised, particularly because there is evidence that LSD can induce schizophrenia in those who are prone to the disorder.[6][7]

Along the lines of Alex Jones' 'gay bomb'/'gay frogs' bullshit, there has been a recurring belief that psychedelics can change a person's ideology from arch-conservative to bleeding-heart liberal, or some variant thereof. This idea can probably be traced back to the phrase popularized by quack psychologist Timothy Leary[11] in 1966/1967, "Turn on, tune in, drop out."[12] If one believes Leary's much later retelling, the phrase was immediately misinterpreted from what he had meant,[13]:253 but what he meant is irrelevant to what it meant in the popular consciousness, essentially turn on to drugs, tune in to rock music and drop out of the establishment. Perhaps belying Leary's claim, the term 'to drop acid' (to take LSD) was derived from Richard Alpert's 1966 book LSD;[14][15] Alpert was a close associate of Leary.[16] Also influential and ultimately more damning of the belief that people could totally change their worldview from psychedelic use was Leary's own published academic research in 1968 that claimed that psilocybin could reduce recidivism among soon-to-be released prisoners.[17] Leary's analysis was shown to be badly flawed in a 1998 reanalysis.[18] 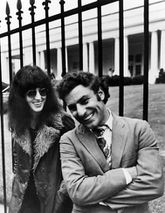 Slick and Hoffman, waiting to dose Nixon outside the White House

In 1966 Desmond O'Brien, co-founder of Chelsea's World Psychedelic Centre, claimed that anyone could control London by putting LSD in the water system, with a former British MP (Donald Johnson) confirming the claim.[19][20] The reality of manufacturing a sufficient quantity of LSD to overcome the vast dilution of a municipal water supply makes the idea highly impractical however.[21] Nonetheless, the idea started to take off when Yippies Abbie Hoffman and Paul Krassner threatened to put LSD in the Chicago water supply on the eve of the 1968 Democratic National Convention during the height of the Vietnam War.[21][22] The prank was in getting people to believe the threat rather than in actually attempting the act.[21][23] In 1969, Grace Slick of the Jefferson Airplane was invited under her maiden name to the White House by Richard Nixon's daughter Tricia. Slick and Hoffman had plotted to secretly dose Richard Nixon but the plot failed.[24] In 1970, the Indiana State Police superintendent believed that "a conglomerate of organized leftist groups" had attempted to spike the governor's dinner and that they were still attempting to dose Nixon who was about to visit the state.[25]

Historian Mary Kilbourne Matossian hypothesized in her 1989 book Poisons of the Past that ergot poisoning may have had a role in the the 1789 French Revolution.[26] Ergot is a fungus that can be found on rye seeds; ergot sometimes contains LSD or LSD-related chemicals; and when ingested can cause a wide range of symptoms (ergotism), including panic, hallucinations, delusions, and psychosis.[26]:11 Ergotism has previously been a cause of historical mass hysteria events.[26]:xi Immediately preceding the start of the revolution was The Great Fear of 1789 based on widespread panic following the just-harvested rye crop that brigands would steal it.[26]:81 The peasants' fear caused further panic among the landowners that peasants would seize their lands.[26]:81 Historians have frequently remarked that the peasants' fears were exaggerated.[26]:82 Also, a physician living in Clisson, France in 1789 noted that the July 1789 rye crop was "prodigiously" affected by ergot, and that ergot was found in one-twelfth of ears of rye.[26]:83 Increased levels of panic also showed a temporospatial association in France that year, appearing first in the north where rye was grown and then later in the south following rye exports.[26]:84-85

A 2018 paper by Taylor Lyons and Robin L. Carhart-Harris reported on their study of treatment-resistant depression with psilocybin and its effects on relating to nature and changes in the libertarian-authoritarian scale. the study had serious problems that make its conclusion of dubious value.[27] The study was not blinded, either to researchers or the subjects; there were only 14 participants, 7 control and 7 dosed (small sample size); it was not randomized; in using a libertarian-authoritarian scale, study suffers from the same problems as found in the Political Compass.[27] The authors claimed a significant reduction in authoritarian attitudes even 12 months after treatment.[27] Despite the study's substantial design flaws, it was touted in some parts of the (low- to middle-brow) popular press.[28][29][30][31] The study authors cited evidence of "enduring changes in personality traits, attitudes and beliefs" from previous studies (some of which by the same authors), though this appears to have been the first study on the effect of a psychedelic on political ideology.[27] Perhaps more worryingly than some parts of the press taking this seriously is that people in the real world are apparently taking this study seriously too:[32]

Nothing else worked for peace in Israel/Palestine, so why not? MAPS is the non-profit Multidisciplinary Association for Psychedelic Studies, funded in part by Rebekah Mercer through her Mercer Family Foundation.[33] Mercer has been a major funder of both Donald Trump and Breitbart.[34] 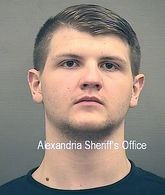 This may all be wishful thinking however, because there are numerous counterexamples:[28]