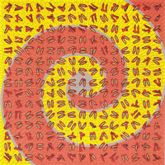 LSD blotters, maan.
If you happen to be dyslexic, you might be looking for LDS instead.

LSD, lysergic acid diethylamide, or LSD-25, is a semi-synthetic psychedelic drug that is derived from ergot alkaloids, which occur naturally in some plant diseases that infect rye, Achnatherum robustum ("sleepy grass") and other grains. The substance can bring about changes in the human nervous system in such small quantities that it was not, at first, believed possible (threshold dose is generally believed to be 20 micrograms, though there is some evidence of LSD affecting mood at even lower doses[2]). Some have convinced themselves that they can see the "true" reality on this reality-altering drug[3]. The Human imagination can sure be a vivid, strange thing sometimes.

LSD was used extensively in psychiatric research in the 1960s, but society was afraid of anything that could blow Aldous Huxley's mind after Brave New World; so they enacted legal measures that made researching the beneficial effects of any hallucinogens extremely difficult. Medically, LSD has been shown to treat the pain symptoms of cluster headaches in low doses,[4] and along with other psychedelic hallucinogens has shown some potential in treating alcoholism, nicotine addiction,[5] and post-traumatic stress disorder[6] in combination with standard psychotherapy (leading some to suspect that at least some 1960s users were self-medicating).

John Lilly experimented with giving LSD to dolphins to try to form computer terminal-assisted, linguistically-based inter-species communication. So far we haven't heard anything on how well it's worked.

At the basic level, what we know about LSD is that it is a serotonin agonist on various serotonin receptors subtypes[7] — in other words, LSD basically binds to all the places serotonin would normally bind to, and changes how they act. The trippy psychedelic effects are thought to mostly be due to acid’s effect on the 5-HT2A receptor.[8] Interestingly, LSD also has effects on dopamine and norepinephrine receptors — which most other psychedelics do not.[9]

In theory LSD should be a performance-reducing drug; however, in 1970 All-Star Pittsburgh Pirates pitcher Dock Ellis managed to deliver a no-hitter against the San Diego Padres under the influence of acid.[10] Steve Jobs also claimed that Microsoft would be, all-in-all, a more interesting software company if Bill Gates had ever done acid.[11] However, in a 1994 interview with Playboy magazine, Gates implied he had.[note 1]

Recent studies involving fMRI scans of the human brain on acid have shown that it not only doesn't reduce brain activity, but does quite the opposite — it creates a hyperconnected state of awareness in which axonal signalling is formed between cortices and lobes of the brain that otherwise never connect or interact with one another. The result is a human brain in which nearly all cortices are functioning at an extremely high rate of connectivity; in other words, if the intense world hypothesis[13] is correct, this is in many ways artificially inducing an autistic state of mind.[14] This state of overstimulated awareness can lead to potential fear and anxiety, especially if the user has pre-existing mental conditions, because all learned inhibition basically comes to the forefront of the conscious mind when using LSD. This means that repressed thoughts and memories become intensely vivid and inescapable — which has potential therapeutic use for obvious reasons, especially in the treatment of PTSD[15] — but in an uncontrolled environment, it can lead to a really bad damn trip.

Studies suggest that LSD might be somewhat effective in the treatment of Parkinson's disease — indeed, some of the prescription drugs that are prescribed by hospitals to treat Parkinson's are even modeled directly after LSD itself — for instance, Lisuride.[16] Interestingly enough, a wide variety of drugs modeled from or pharmacologically similar[note 2] to LSD have often been used to treat a wide variety of physical illnesses, including (but not limited to) brain tumors,[17] dementia, and strokes.[18]

If you're a scientist like Francis Crick,[note 3] however, using LSD might lead to the discovery of something as revolutionary as DNA.[19] (Side effects may include acquiring a taste for tinfoil haberdashery.) Or… if you're Kary Mullis,[note 4] LSD might help you (allegedly) invent PCR and kickstart a new era of biology research.

From an interview with pharmacologist David Nichols:

VICE: This study shows that acid sticks in people's serotonin receptors, maybe for days at a time. Can it stay in there forever and make people "permafried"?

David Nichols: It's pretty much a myth, [but] there are certain people who have a predisposition to certain types of mental illness — schizophrenia is the most commonly known one — those people will eventually develop schizophrenia. It hits you in your late teens and early 20s. So any kind of stressful event will cause the onset of that disorder. It's a developmental disorder, in the development of the cortex. So a lot of kids, they go off to college, and in that first semester, you're diagnosed with schizophrenia. Students [normally] have to go home because it's the stress, but they were primed for [schizophrenia]. Well, people who are primed for it, if they take a lot of LSD, it can trigger the onset of actual psychosis.

VICE: Yeah, but what if I take a really, really big dose?

David Nichols: In most circles, if you're mentally healthy, and you're not predisposed to psychosis, then you'll survive those big doses. I've talked to people who have taken massive doses of LSD, and they'll say, "I was high for a week, but then I came back. I thought I was going crazy, but then I came back." People who are not predisposed to mental illness basically survive those types of things. The people who are casualties are people who had a predisposition in the beginning. Probably any dose would have pushed them over the edge. That's sort of the current thinking.

When a trip goes bad, it can go bad. Feelings range from intense anxiety, paranoia, panic, terror, and/or feelings of insanity. Bad trips are more likely due to, or may be exacerbated by inexperience, improper preparation (hot tip: always bring water), poor environment, bad initial state of mind, or deeper issues such as depression or schizophrenia.