Resveratrol is an antimicrobial substance that is produced and accumulates around infections in plants as part of their immune system. It has been seized upon as a possible anti-aging formula in animals after a number of investigational studies. Dr. Oz is a huge fan.

With all the unknowns about resveratrol, and problems with nutritional supplements in general, it's best to wait until accurate and conclusive studies are done instead of trusting supplement companies and woo-meisters' vague claims.

Originally studies were conducted to investigate the "French Paradox", a term coined by Dr. Serge Renaud, that the French seem to have lower rates of cardiovascular disease with a diet relatively high in saturated fats. He found that a diet high in red wine, which was found to be very high in resveratrol, correlated to a lower incidence of cardiac diseases. This was also consequently aired on 60 Minutes in 1991, leading to many wineries advocating their wines as health food for the next few years.

Continued studies of resveratrol conducted by Howitz and Sinclair found that in yeast, fruit flies, and small fish there were significant increases in lifespan. Later studies in mice found that there were drops in tumor formations,[1] reductions in the incidents of neurological diseases, and protective benefits to the cardiovascular system.[2] However, life extension benefits were not noted in other mammals.

It sounds like a panacea of beneficial effects, and a number of pharmaceutical companies are conducting trials (Glaxo is leading the charge). That doesn't mean that supplements containing resveratrol are safe or effective. 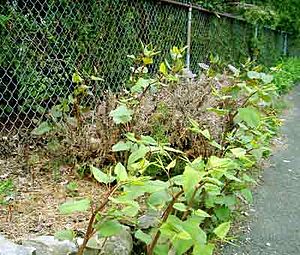 The complete lack of regulation for nutritional supplements is part of the problem. The commercial source for almost all resveratrol in supplements is not red wine tannins. Even if it has a glass of wine on the box. It is Japanese knotweed (Fallopia japonica), an invasive species much like bamboo. In many locations, it has evaded attempts to exterminate it with herbicides, so knowing how it is grown (or collected) is important. Japanese knotweed naturally contains a great deal of oxalic acid that hampers iron and zinc absorption[3] and can aggravate conditions of the kidneys, rheumatism, arthritis, and gout. Knotweed is also used for supplements containing emodin, a natural laxative, which can be 50% by weight of unpurified knotweed.[citation needed]

Studies in animals often find substances of interest, but not all find their way into products. Some simply don't work, and some are actually quite deadly to humans (including natural supplements like ephedrine). The current dosage of resveratrol to show any effect in humans and long term effects are unknown. High dosages that showed slowing of blood vessels supplying tumors in mice also showed slowing of healing to general injuries. The chemical structure also closely resembles estrogen compounds, which tests of similar compounds in high doses have shown to increase rates of breast cancer and alter the development of children.[citation needed]

Even Big Pharma hasn't enough data to sell the stuff in confidence. Two Glaxo senior executives who started offshoot The Healthy Lifespan Institute, which conducted sales of resveratrol supplements, were abruptly told by Glaxo to resign and all employees cease all contact with the institute.[4]