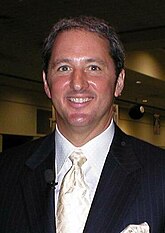 He has written a book entitled Natural Cures "They" Don't Want You to Know About which provides information on how to go to his website to find out about non-drug/non-surgery cures for diseases and ailments such as cancer, herpes, arthritis, AIDS, multiple sclerosis, lupus, chronic fatigue syndrome, ADHD, muscular dystrophy and many more. Not one to pass up an opportunity for a quick buck, Trudeau has also written on weight loss and (in a stunning display of chutzpah) debt relief.

In the early 1990s, he was promoting a system called Mega Memory,[4] and in the late 1990s, he promoted several products including Coral Calcium and something called Hair Farming, all of which got him in trouble with the Federal Trade Commission (FTC). He pled guilty twice in the early 1990s, once for check fraud and once for credit card fraud. He has been at war with the FTC ever since; much of the content of his "Natural Cures" books is him ranting against the FTC, the FDA and other regulatory agencies.

Trudeau was heavily involved in Scientology, Amway, and more recently Neo-Tech, putting him within the long tradition of quacks who make the rounds among several other quack gurus before going into the business on their own. Considerable circumstantial evidence exists that he is still involved in all three, or at least promotes and swaps junk mail lists with them.

He compulsively uses the words "absolutely", "positively", "categorically", and "100%" a lot, absolutely positively 100% categorically fattening up his books with those words at the expense of actual content.

He also compulsively misuses quotation marks, in one of his books actually putting quotes around "Cures" in the title (which, when you think about it, actually makes for a rare bit of accuracy in his books).

Examples of his "recommendations" and other nonsense[edit]

The insanity goes too far[edit]

Trudeau also preaches the Illuminati conspiracy theory and claims to be a former member of the organisation. He also runs a website, MeetIlluminatiMembers.com, where he sells 'memberships' to the Illuminati with an initiation fee of only $1000. Seriously[6]. He then requires monthly payments of $150 once the individual has become an Illuminati member. Trudeau claims that individuals who join his secret society will have access to powerful people who all escaped the Illuminati (hence the title of his website), and thus will be able to learn all the secrets of gaining wealth and power themselves. How wonderful! Conspiracy theorist Mark Dice (whose work we usually don't endorse) did a reasonably good job in exposing Trudeau on his website and in his book, The Illuminati Facts and Fiction[7].

Kevin Trudeau pioneered a fascinating multimedia technique. He used an infomercial to sell a glossy book which, in an interesting twist, turns out to be mainly a teaser/advertisement for his pay website. Thus he transcends the need for any actual product — everything is marketing. You pay to receive more advertising. Wanna bet that the main content of his pay website is advertisements for his next book?

Those who have signed up for his pay website report that they charge your credit card monthly while making it deliberately difficult to contact them requesting to unsubscribe, with such requests often ignored or taking several months to process. Thus the poor unfortunates who made the misstep of giving their credit card number to a convicted felon who pled guilty to credit card fraud are left with the choice of either going through the long process of contesting several months' charges on their credit card, or just sucking up the loss.

The FTC and the court system finally got sick of Trudeau's tactics in 2007, fining him $37.6 million for continuing his false claims. In July 2013, because Trudeau still had not paid a single cent of the verdict while spending lavishly, he was ordered to transfer ownership of his companies and accounts so that people could be compensated. Trudeau was also found in contempt of court.[8] In 2013, he was jailed after he claimed he was broke but evidence from his finances showed he spent almost $2,000 on cigars/liqueur and nearly $400 on haircuts.[9] Then later that same year he was found in contempt of court again[10] and ordered detained--by a different judge--until he discloses where he is hiding his ill-gotten gains.[11]

in 2005, which he planned to turn into a major professional pool competition. The first event went just fine, but the money just didn't come after the second. By the fourth, it was all dried up, so much so that the winners never got the prizes they won. (This is what you get when the event's organizer, already a noted con man, refuses to do stuff other pool competitions do, like putting money on escrow.)

You're bound to find these in used book stores, thrift stores, or garage sales.