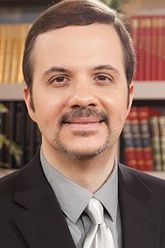 The legend in all his demented glory.

Michael T. Snyder is an American evangelical Christian crank, wannabe conservative politician, hardcore Donald Trump aficionado and far-right conspiracy theorist/QAnon supporter. Snyder has authored numerous blogs as a testament to his raging insane belief that the world is about to end. He started with The Economic Collapse Blog in 2007, with constant fear-mongering articles stating how the world is going to hell every single day since the economic meltdown started in 2007. It seems as though Snyder blames the government for every ill in the world because without it everything would be great.

Like most doom-sayers, it doesn't seem to faze Snyder one bit that every one of his past predictions of economic collapse was dead wrong. This horrendous track record would cause most people to reevaluate their beliefs in the effort to one day be right. Yet, he simply refuses to even address or acknowledge that he has been wrong thousands of times, especially if you count each numbered item on his massive lists. He is hopelessly, cartoonishly insane, seeming to have explosive diarrhea of the mind that no amount of logic can slow or stop. As years have passed, his blogs have evolved from doom-mongering nonsense and conspiracies to promoting far-right misinformation, outright hatred, and psychotic desires for fascism.

Snyder claims that he is an undergraduate in commerce from the University of Virginia and possesses a law degree with an LLM (legal emphasis, not stated) from the University of Florida law school. He has supposedly worked in "numerous Washington DC law firms" but quit to live outside of Seattle and rage at the world through the internet. Or, as he puts it, "Now I mostly focus on trying to make a difference in the world."

He also states very clearly, "I am a Christian, but I believe that most of the churches in America have gotten way off track." Snyder posted a statement of faith[1] in which he states that he believes that the Bible is literally true and that Jesus is coming down in person soon to start the end times to punish all the non-believers.[note 1] After which, Jesus will start his thousand year reign over Earth.

Otherwise Snyder is very tight-lipped about himself, which makes it hard to find out what drove him mad.

The Economic Collapse blog and clones[edit]

The Economic Collapse Blog plays to the heartstrings of every survivalist, tax protester, extreme libertarian, and rapture-ready nut that can access the internet. The unfortunate part is that many cranks post the articles far and wide to the groans of many people who have pointed out that time itself has proven all of the blog posts over a year old (the longest time frame in Snyder's prediction range) dead wrong. Driving people insane with these unrelenting articles about global failure is highly encouraged by the author as well: "Please do not hesitate to spread these articles wherever you would like. I want as many people as possible to read them. Hopefully the things I write are helping a few more people to wake up."

The only ones who will survive are the ones believing in the mantra of 3 G's (Gold, Guns, and God). If you don't have enough of the products to survive the shit hitting the fan, you can always click any of the links at the top of the main page to buy it!

It seems apparent that Snyder has realized that his original blog has gained a long history of mocking reviews and refutations. He has created two clones of The Economic Collapse Blog called End of the American Dream and The Most Important News. These pages post the exact same pages and articles as The Economic Collapse Blog, just with different names and color schemes.

The contact pages[2] have started to include Snyder's StumpleUpon account with a user name called Matthew517,[note 2] which strangely posts his resident state as Virginia. The StumpleUpon account posts the exact same articles as The Economic Collapse Blog series of websites.

The interest area of this account is very amusing in that it links in very large and bold letters to subjects like aliens, alternative news, banking, conservative politics (Snyder has stated numerous times that he is "non-partisan"), end times, survivalism, and swine flu.

Why is the economy going to collapse?[edit]

Well, because of everything. Literally everything can be distorted in Snyder's diseased mind to cause the economy to go into a death spiral. Each "article" is a long list of points, oftentimes a paragraph in length, consisting largely of Gish Gallop, PRATTs, and outrageous lies, most fished out from the far-right network of the web and some made up by himself on the spot. The sheer number of articles he writes that end with some variation of “the world is falling apart”, “life will never be the same again” or “time is running out” is beyond laughable.

Snyder created a blog where he attempts to interpret the Bible called What The Bible Says About.... Considering his older signs of insanity claims to fame, this blog doesn't disappoint. It is filled with the same writing style and format, along with headers leading people to buy books by other fundamentalist cranks. Great topics include:

Snyder is against homosexuality and all sex outside of marriage. He does state first and foremost one thing that stands him out from the pack of fundamentalists is that people should still love gays like every other one of God's creations.[13] So, y'know, at least there's that.

Not to anyone's surprise, Snyder is a diehard supporter of U.S. President Donald Trump and launched an unsuccessful campaign to win a seat in the House of Representatives representing Idaho's 1st congressional district in 2018, wanting to be his "best friend in Congress" (he received a puny 10,288 votes in the primary). Snyder has supported a vast majority of Trump's policies since he took office, including his most dangerous and cruel, and at the same time blames any negative outcomes on liberals, Democrats, the “radical left” (read: anyone who isn’t as far-right as him) and Antifa. According to Snyder, nothing is ever Trump’s fault, and instead, the liberal media and deep state are plotting against his dear leader.

Snyder shamelessly ignores virtually every negative quality of Trump from his numerous sexual assault allegations to his constant racism to his flagrant defence of (and even support for) far-right groups. He has also either ignored or outright denied absolutely all evidence of Trump's multitude of impeachable criminal offences uncovered by the Robert Mueller investigation, including evidence that is irrefutable. Even when Trump finally underwent an impeachment inquiry supported by the majority of U.S. citizens, Snyder was entirely convinced that Trump was completely and utterly innocent and that impeaching him and removing him from office would bring about the end of America as we know it (of course, it didn't, surprise, surprise). Trump's impeachment but subsequent acquittal by the U.S. Senate resulted in continued major support for Trump from Snyder. Not even Trump’s botched response to the COVID-19 pandemic was able to convince Snyder to give up his idol.

In 2020, Trump lost his presidential re-election bid to former Vice President Joe Biden. Snyder’s conspiracy theorist insanity went onto overdrive, joining the chorus of angry conservative voices claiming that the election was somehow stolen by Biden and the deep state despite presenting absolutely no evidence for his claim whatsoever (apart from unverified quotes from other conspiracy theorists who themselves have no evidence that the election was stolen). In December, he rooted for the Supreme Court to overturn the result of the election (which didn’t happen) completing Snyder's transformation from an ultra-conservative nationalistic lunatic into an authoritarian fascist in support of a dictatorship.[14] Snyder cemented his fascist views even further by blaming the January 2021 U.S. Capitol protests (where Trump supporters stormed the U.S. Capitol in the hopes of preventing Congress from certifying Joe Biden as the next U.S. president) on Antifa by linking to blatant disinformation from far-right Twitter accounts.[15]

Snyder also had an account on the infamously extreme social network Parler,[16] a website used by factions such as the Proud Boys and Neo—Nazis. However, he has since deleted his account.