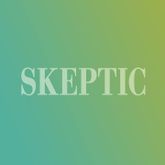 The Skeptics Society is "a scientific and educational organization of scholars, scientists, historians, magicians, professors and teachers, and anyone curious about controversial ideas, extraordinary claims, revolutionary ideas, and the promotion of science" (but apparently not those curious about apostrophes) founded by Michael Shermer. Its main resource is Skeptic Magazine. Two of the most important subjects are Intelligent Design and Creationism.

During 2017 the magazine published by the society has taken a turn for the less credible, publishing an elaborate defense of Milo Yiannopoulos' endorsement of pedophilia,[citation needed] celebrating a suspect hoax paper that got rejected from prominent journals as discrediting gender studies,[citation needed] and justifying the sexual assault against minors coverups by Jerry Sandusky because a psychologist was invited as an expert witness about the harm of child abuse.[1]

Additionally, among its masthead, it has hereditarianism proponent and "race realist" Frank Miele

as a senior editor.[2] Miele worked as a contributor to the infamous Mankind Quarterly when he was an undergraduate and worked as an assistant and consultant for Richard Lynn.

For some reason, the Skeptic magazine has been hoaxed for three years by letting John Glynn, who fabricated credentials in psychology, to write articles[3] dealing with various topics such as the relationship between violent video games and gun crimes. Glynn has also written for various publications ranging from Quillette to Psych Central to Areo to Huffington Post to Spectator. Shermer noticed only when Glynn asked Shermer to lend money to help deal with his troubles with Xavier Medical School.

This skepticism-related article is a stub.
You can help RationalWiki by expanding it.
Retrieved from "https://rationalwiki.org/w/index.php?title=The_Skeptics_Society&oldid=2256017"
Categories:
Hidden categories: