From RationalWiki
< User talk:AutoFire
Jump to: navigation, search
This is an archive page, last updated 8 July 2010. Please do not make edits to this page.
Archives for this talk page: <1>, (new)(back)

I don't understand the "usually a decimal" bit in this edit. A number is itself, and irrational, regardless of its representation. Irrational numbers are non-repeating and non-terminating in any rational base. --jtltalk 19:32, 27 June 2007 (CDT)

So can you please tell them that The Daily Show profiled their site so they can put it on the front page? There are probably some other things you could tell them, but I wouldn't bother, if I were you. humanbe in 12:58, 28 June 2007 (CDT)

Apparently, we both decided to get it ready for prime time at the same time. But your version worked, and mine shat. Thanks!

You don't have to thank me, dude, I was in the middle of completely destroying the format of that file, and went to revert, and your version was stable and solid. So, thank you! humanbe in 22:26, 3 August 2007 (CDT)

It was so difficult to lock your userpage. It took me three tries. G

I've gotten my fix of pwning/blocking fun. I think my userpage is still Bohdan-pwned though. You should go double-pwn it, so he has to repwn. Or something. G

There are many options. What do you want to do? Basically, you can go to your "preferences" and create a sig in the place where it says. You can also go hard core and link to self-created template... Ask and I will try to help. humanbe in 22:40, 4 August 2007 (CDT)

"Basically, you can go to your 'preferences' and create a sig in the place where it says."

In the top bar, where it would say "log in", one of the choices is "my preferences". That screen gives you many options of how to interact with the wiki. One of them is your sig. I would advise you experiment in a "sandbox", or on your own user/talk page, until you get it right. And again, feel free to ask me, or any others whose sigs you admire. If you want to know how someone did something, I'm sure they will show you how. humanbe in 23:04, 4 August 2007 (CDT)

Awesome, yeah! Sorry it took me so long! We should write this up somewhere before we both forget how to do it! Glad you got where you were going, in the end, though! 00:08, 5 August 2007 (CDT)

..on the team of RW resident vandals. Say, did I ever meet you on CP? Are you currently blocked? Bohdan

I had been banned by TK for a brief period of time, but the matter was resolved. I currently edit cp under the same username as here, although the "f" isn't capitalized. --transResident Transfanform! 00:52, 5 August 2007 (CDT)

Alright. So, are you in the vandal club? Bohdan

We need our own special vandal namespace that only us vandals can see. Bohdan

It's called "pmail". You write each other in secretz, and unleashz your secretz planz on us when we least exxpect itz! humanbe in 01:00, 5 August 2007 (CDT)

In regards to your demotion to Sysop[edit]

There is very little that this site uses sysops for since they aren't really rule enforcers or makers and we don't really block anyone. What we do need sysops for is the few added buttons that let them clean up the site, like the delete button for getting rid of redirects. Also it signals you as a user that I (particularly me cause I like to channel Ed poor sometimes, kidding) and others can ask to do jobs most users don't really like to do. Check out RationalWiki:Project Whitewash to get an idea. If you are still interested we need some more active sysops that really are willing to do the grunt work. I wouldn't have a problem demoting you at all. tmtoulouse irritate 12:09, 6 August 2007 (CDT)

Okay, the main things we need are still main namespace clean-up and we need to mark articles as high priority or needing RWification. Read through project whitewash and its corresponding support pages and see what you can do. tmtoulouse irritate 13:43, 6 August 2007 (CDT)

No personal attacks? Have you read your Andrew Schlafly article? "Doesn't matter. We try to avoid stooping to CP's level on this site." When is the last time you were insulted, mocked, and cursed at over at CP? If those are the rules, RW isn't doing a good job of enforcing them. Bohdan 12:41, 10 August 2007 (CDT)

You are receiving this message because you signed up to participate at project whitewash. If you no longer want to here from me about this then just remove your name or let me know. I want to create a push to get as thorough coverage as possible for two new categories the first is Category:Best of RationalWiki and the second is Category:Almost the best of RationalWiki. Both categories should tell you what belongs in each. If you could take some time to go through the article space and the essay space and label these with the corresponding categories it would be very helpful. Godspeed. tmtoulouse irritate 13:39, 10 August 2007 (CDT)

I bow to the greatness of your invisipwns. G

Ha! I do not think MediaWiki is really designed to support complex programming, probably pushing the limits of its abilities with our bots. Maybe I will port it over to a local copy and work out the kinks since debugging would just spam RW. tmtoulouse irritate 00:04, 13 August 2007 (CDT)

I think quote mine might be a "functional" redirect, something thats useful to have. tmtoulouse irritate 18:29, 5 September 2007 (CDT)

All those wp links don't improve the articles... maybe better to just unlink anything that wouldn't make a good RW article? I really have a peeve about too many "in line" links to wp. Add 'em to "external links" if they are needed... humanbe in 00:38, 19 September 2007 (EDT)

I tried to fix the wandalism but failed. I go cry now.-αmεσ (tailor) 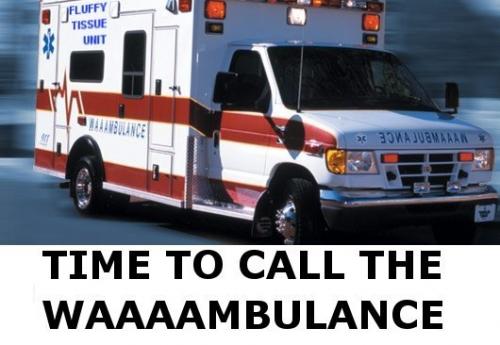 If you have time, let's have a discussion about Hugo Chavez[edit]

I'll concede I'm moderately conservative and I'm blunt, but I like an vigorous discussion and I like a rational discussion. GettingItRight 00:48, 5 December 2007 (EST)

For unblocking TK... I dunno what was up with that 314 hours thing! It should have been minutes, or, better yet, seconds. human

Ah, but he just did. Which makes him nicer than Icewedge, who never deigns to speak with us commoners.

give me your money. ħuman

You only give me your funny paper.

give me your number. ħuman

You only tell me your situation

Actually, what comes next are gentle crickets and "Here... comes... the... Sun... King..." in delicious harmonies. ħuman

Round 3: Jellyfish's signature is festive.
Discuss : ) -

Not at all, I am just thinking of the children! ħuman

Gee, I dunno...looking back, it looks like that argument kind of fizzled out on its own, without any winners or losers. --transResident Transfanform! 21:27, 23 June 2008 (EDT)

We are playing with a new method of handling vandals, instead of blocking move them into the "vandal" user group. tmtoulouse irritate 19:03, 29 June 2008 (EDT)

Yea, I think I fixed the bug that was causing the permission denied message. Was that the problem? tmtoulouse irritate 19:26, 29 June 2008 (EDT)

Try sticking Geezuz or Jzuz in there and if you get a "failed to move because he is in there all ready" message that means you have permission now. tmtoulouse irritate 19:30, 29 June 2008 (EDT)

(Let's try again.) Dear AutoFire, could you please undo your moving the article to Essays? I didn't intend it as an essay -- that would greatly discourage others' commenting and improving upon it. Thank you Demosthenes

You can't stop the spambot![edit]

I have stolen your windows[edit]

And I have taken your walls![edit]

How dare you ignore me (Part VII)[edit]

There's a spider on your shoulder[edit]

Welcome (back) to RationalWiki. Feel free to pull up a goat (again) and have some (more) fun. Lord of the Goons The official spikey-haired skeptical punk 22:28, 7 July 2010 (UTC)

Thanks for the welcomes, guys...I can't believe I went two years without editing the wiki. I'll try not to vanish unannounced next time. --transResident Transfanform! 23:07, 7 July 2010 (UTC)