From RationalWiki
Jump to: navigation, search
PowderSmokeAndLeather: Say something once, why say it again?.

Your secret is safe[edit] 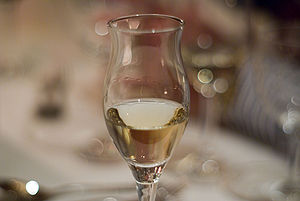 Oops, sorry. Neglected to say it was about the moonshine, the fire water, the white lightning, nothing more, nothing less. I thought a glass of Italian stuff made a classier presentation than a Mason jar of clear liquid. Cheers! MaillardFillmore (talk) 15:14, 16 December 2014 (UTC)

We have a food woo article you can make merry with. Just be sure to stir it the right way. SophieWilder

Thank you for pointing me to that page, Sophie. The food woo page explicitly focuses on nutritional issues, as it should. I'm more concerned about myths about cooking that are often repeated, such as how browning your meat in the pan at high heat helps to seal the juices in (it doesn't). Cooking changed rapidly in the latter half of the twentieth century as training became more professional and institutionalised. Since the advent of the internet, more cooks are questioning the wisdom that has been passed down to them and using the scientific method to find out more about how cooking works. I might start another article specifically about cooking woo. Vajrapani (talk) 02:19, 18 December 2014 (UTC)