The hype around Martin Schulz, the ensuing high and following down led to numerous debates regarding the troubles of the SPD.

The Euro is held by some people as the cause of many crises. After the Eurozone crisis, euroscepticism rose and kept rising, until it died (see the "success" of ALFA

}). The European Central Bank (Europäische Zentralbank) in Frankfurt stated [1] that the only way for Germany (or any other country for that matter) to exit the Euro would be to Exit the EU, a step even the AFD won't consider.

How much more does Germany need? Is the Gläserner Bürger (Glass Citizen) at hand? Since the Berlin Christmas attack

security debates sprung up again. However even that seems to have died down.

See the main article on this topic: Austerity

Austerity has been criticized by some politicians. It might become an issue in these elections. However interest seems low and besides the Armutsbericht(Poverty Report), wich sparked a Debate when it came out it was "touched up" a bit, barely anythign regarding Austerity came up.

Germany and the EU have a bumpy Relationship in the past few years, which seems to not improve as this and this indicates that the Election is a possible target for Cyber Attacks and that Pro Russian trolling is already underway.

See the main article on this topic: Angela Merkel

Merkel polled badly for a while after bringing more than a million refugees into Germany. Her polling numbers rose a little recently[2] and now, with a Truck ruining a Christmas Market for Berlin and the world, we shall see if she will ever fully recover. The answer so far: Kind of? Merkel's approval rating is now even higher, but after the SPD changed leadership (see below), her CDU is basically neck-and-neck in the polls.[3]

See the main article on this topic: Alternative für Deutschland

Alternative für Deutschland (AFD) is a right-wing party which is eurosceptic, climatosceptic, anti-immigration and pro-family values. With the bus attack in Berlin, and other terror attacks they will poll even higher.

Frauke Petry wants to rehabilitate the term völkish, which designates a very conservative movement of the 19th and 20th centuries, that focused on German roots and was mostly centered on racism or antisemitism and anti-monotheism, and social Darwinism.

They are also against renewable energy, because of wind turbine syndrome.

They are currently dismantling themselves with internal struggles, abbadoning of ship for Key Players and a shift to the right wich isn't exactly what voters are looking for. The face of the Party Frauke Petry declined the candidacy.

The SPD is a social-democratic party the oldest Party in Germany, in Fact.[5] They want to protect the poor with the welfare state. For some ironic reason the original Sozial Democrats of Germany that survived the Second and Third Reich is now on the ropes after more than 60 Years of democracy.

After it was surprisingly announced what Martin Schulz instead of the unpopular Sigmar Gabriel is the chancellor candidate, the poll ratings soared and the SPD has now roughly so much votes as the CDU. While before it seemed to be sure that Merkel will be the chancellor again, Schulz has a realistic chance now too. The CDU is apparently pissed of this development in parts. The current Finance Minister even compared Schulz with Donald Trump, although he is a centre-left pro-European.

The "Schulz Effekt" is now offically over and the SPD lost more than they had gained before. 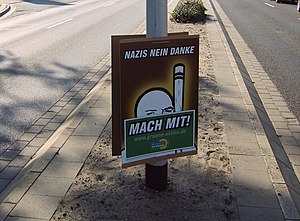 besides being the Masterminds for pushing the Energiewende (it's success being the backbone that formed the Alliance), they are also lead by Simone Peter

and Cem "Police raided me over Hemp" Özdemir.

Even before the rise of the AFD and fall of the FPD, the third most powerful Party and 2017 seems to be their year.

(FPD) is a classical liberal party, which similar to the Greens, try in a fit of pragmatism, to ground their program in reality. The FDP recently fell out of favor of the voters with the appearance of the AFD.

Their Candidate for Chancellor: Christian Lindner

On a side note: along with the Green Party (heh) they fight for legalisation of Marijuana.