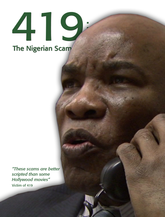 The entire category of advance fee fraud, particularly the kind involving money smuggling mostly from Africa, but often from other countries as well, is sometimes known as "419 scam" from a section on fraud in the Nigerian criminal code, and the modern version seems to have originated in Nigeria during the 1980s as a form of mail fraud.

The Nigerian scam derived from the Spanish Prisoner

scam, in which the mark was supposed to provide funding to get a wealthy prisoner released.[1] The Spanish Prisoner con got its name from the Spanish-American War when Havana and Madrid offered settings for the letter's promises, but the origin dates back to at least the French Revolution, when there were wealthy deposed nobles and gentry aplenty even if only in the imagination.[1] 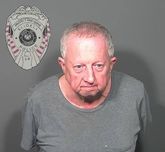 The modern email version of the scam pops up in your email box constantly — solicitations from some random dude (or dudette), often in Africa, sometimes from completely different places. Usually they will claim to be an agent for a rich and powerful person, sometimes a cocoa merchant who died in a plane or auto accident (generally described as "ghastly") or a close relative of a deposed dictator. Sometimes they will tell you that you've won a big overseas lottery. Sometimes they will claim to be working against advance fee scammers. And sometimes they'll just threaten you with physical violence and demand that you buy them off. In each case, though, they always need a little something from you, as a processing fee, or bank fees, or bribe money, or stain remover.[note 1] The language of the email is often ungrammatical, with poor spelling. This is actually intentional, designed to weed out marks, or potential victims, who are too smart to scam (this is also the reason they tend to make absurd or far-fetched claims, such as claiming to be a Nigerian Prince even though Nigeria is a Republic). Often they use religious language, in an effort to put the faithful off their guard and make them more inclined to fall for the scam. (That this sometimes works is an argument against encouraging blind faith and in favor of teaching critical thinking in our schools.)

Another version consists of people who reply to "for sale" ads. They want to send a check for more money than the purchase price, and ask the seller to remit the overage back to them. What happens is the sucker "cashes" the check (often a fake bank money order/cashier's check), forwards the "change" to the "buyer", and then no one ever turns up to collect the goods, and a few weeks later the original check is returned as uncollectable. 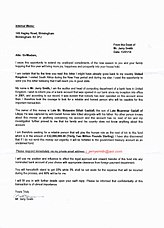 The old-school method was still around as of 2014: this letter went through regular mail in South Africa.

The basic idea is to appeal to people's basic sense of greed, and a seemingly logical explanation for why a complete stranger would want to share a fortune — desperation and a need to extract dirty money. The sunk cost fallacy keeps the mark hooked after a small fee is extracted "to get things moving", and once the mark is hooked they feel helpless because they're now a partner in crime and feel like they can't go to the authorities.[1] In Nigeria, this is actually the case, where authorities are unsympathetic to the victims because the victims are viewed as colluding in an attempted crime.[3]

The 419 fraud model has subsequently been expanded to exploit corporations. In 2018, the FBI announced the arrest of 74 people, including 29 from Nigeria and 41 from the United States, in connection with 419-style exploitation of corporations.[4] The scammers have been combing corporate Securities and Exchange Commission filings and annual reports, then spoofing CEO emails and "play on fears about missing a vital company payment or upsetting a boss's boss."[5]

Collectively, these scammers have won — Yes, won! — the 2005 Ig Nobel Prize for Literature, "for creating and then using e-mail to distribute a bold series of short stories, thus introducing millions of readers to a cast of rich characters".[6] To collect their portion of the prize, all they need to do is show up at a local FBI office with a copy of their email records.