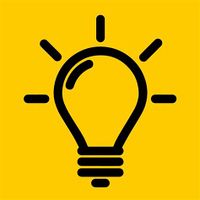 BRIGHT SIDE is a YouTube channel that purports to be a regular infotainment channel, often consisting of listicle videos along the lines of Buzzfeed or The Infographics Show. As of 11 July 2021, BRIGHT SIDE is the 46th most subscribed channel on YouTube, with approximately 42 million subscribers and over 8 billion views.[1] For this reason, BRIGHT SIDE videos are often recommended by YouTube's algorithm to people who regularly watch videos from legitimate infotainment channels. However, BRIGHT SIDE is also known for pumping out material that is clickbait at best, and at worst malicious pseudoscience aimed at minors. This has led to some to call for the channel to be banned from YouTube.[2]

BRIGHT SIDE is only one of 140 different channels owned by media publisher TheSoul Publishing, including 5-minute crafts which is also known for its dubious content. Since their videos usually have high production values, they are often easy to mistake for legitimate infotainment videos. Many of these videos are often plagiarised from other infotainment channels or contain only a small amount of information which is then stretched out over ten minutes using tricks such as slow speaking and long Dora-the-Explorer style pauses after rhetorical questions. This has also made them one of the most popular clickbait channels on YouTube.[3][4]

BRIGHT SIDE is known for being a major proponent of pseudoscience and pseudohistory in its channels; we probably don't need to explain why a video titled "Titanic Survivor Claims an Iceberg Didn't Destroy the Ship" is probably not terribly factual. Other examples include their video "What Your Hand Shape Says About Your Personality" (it goes without saying that there is no correlation between the two) and "12 Signs of High Intelligence You Probably Have" where they implied on the thumbnail that sleeping on the sofa was a sign of high intelligence.[5] Most insidious however are their videos relating to health pseudoscience.

BRIGHT SIDE has recently started producing videos on riddles usually targeted at primary-school aged children, the most popular having 39 million views.[6] Although these are usually more harmless than their pseudoscience videos, they often feature very dark themes such as death and suicide that are considered unsuitable for young children.