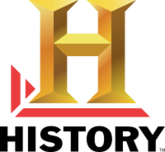 The History Channel, also known as HISTORY and History.com, is a US-based cable television channel. While it — just barely — airs a few serious shows that might teach you something, it also airs some really strange shows that are notorious promoters of woo, sometimes branching out into thinly veiled pseudohistory (and by thinly, folks, we mean "lighter and more transparent than aerogel

"). Its newest editions have stretched this even further into outright religious propaganda. In addition to the pseudohistorical documentaries, it also airs pseudohistorical drama shows and non-historical reality shows. The UK version of the channel, ironically titled History, strips out most of the gun-nut yee-haw type "documentaries", and replaces them with quaint David Starkey

-type stuff layered in between a perpetual obsession with World War 2 and Hitler.[note 1]

Sometimes called the "Pseudohistory" Channel by people disappointed with its scholarly standards — at its very worst, barely beat out by InfoWars in terms of misinformative content.[note 2] Equally well-deserved alternate names include the "Hysteria Channel", as coined by viewers pissed off by the parade of scaremongering end-of-the-world shows (catering primarily to the doomsday prepper crowd). Last but not least, the "Hitler Channel" was coined by those fed up with the Groundhog Day-level of repetition extensive coverage of the Second World War — though they probably regret saying that now, since that stuff at least had a basis in actual history.

All Hitler, all the time[edit]

The channel had earned the unfortunate nickname of the Hitler Channel, due to its need to fill the schedule with content related to World War II.[3] As a result of this, viewers were essentially led to believe that nothing of note happened in recorded history outside of World War II and Ancient Egypt. And this was all during the HC's better days. The History Channel's loosening grip on history is a bit like watching someone you care for slip into dementia and start reliving their days fighting in the war but now with pyramid building aliens thrown into their waking PTSD nightmare. Seriously, don't leave this crap on at an assisted living facility or a mental health ward unless you enjoy misleading others with mixed messages.

Military programming has since moved to its sister channel, the Military History Channel, leaving the channel to fill their programming gaps with reality shows about old stuff like Pawn Stars and American Pickers, utterly non-historical dumb content such as Ice Road Truckers, Swamp People, Ax Men, Appalachian Outlaws, Life After People, and the topic of the next section...

See the main article on this topic: Ancient Aliens

One of their classic intellectual achievements is their incredibly embarrassing series, Ancient Aliens.[5] Sadly, it namechecks huge numbers of our articles (so rapidly as to be difficult to keep up with), such as:

To quote a typical talking head featured on the show, discussing (of all things) the 2012 apocalypse, "you would think that had to come from extraterrestrials" (sure, but only for very small values of "think").

Every segment has the announcer saying things like "could it be that… this is evidence of ancient aliens… maybe!" Near the end of one show, at least, Michael Shermer gets a few moments to call it all rubbish. Otherwise, it is so much non-stop woo, it sounds like a train whistle! So much bullshit, even the farmers are complaining!

At least Ghostfinders is on the Syfy channel, where it (sort of) belongs.

An episode of the channel's show The Universe called "Parallel Universes" went so far as to promote parallel universes as being solid scientific fact. At least The Universe is educational.

Continuing its recent history of producing programs promoting historical revisionism and mystic pseudohistory, the History Channel has decided to feature a 10-part series called The Bible, covering (watered down, family friendly) events from (wait for it!) the Bible. The series was created by Roma Downey, an actress who played a role in Touched by an Angel, and her husband, "reality" television producer Mark Burnett. The series was launched on March 3rd, 2013 and concluded on March 31st, 2013 (which, by no coincidence, was Easter Sunday). On March 17th, 2013, the series met with a bit of controversy when Glenn Beck (of all people) tweeted:

Of course, "that Guy" referred to President Barack Obama. This caused a firestorm on the net. However, Roma Downey and Mark Burnett responded to the criticism by stating:

Executive producer Roma Downey added, "Both Mark and I have nothing but respect and love our president, who is a fellow Christian. False statements such as these are just designed as a foolish distraction to try and discredit the beauty of the story of The Bible."[6]

Obama later tore the History Channel and Beck's friends a new one at the 2013 White House Correspondents' Dinner.[7]

Around the same time as the aforementioned Bible series, the History Channel took aim at the Game of Thrones crowd by airing its first scripted drama, Vikings, based on the semi-historical Viking raider Ragnar Lothbrok. This might actually be a good sign, although historical accuracy is pretty much a lost cause when your source material involves a cow with madness-inducing moos, and your only other source is two lines in the Anglo-Saxon Chronicle. The show was well received, and concluded in 2020 after 6 seasons.

Perhaps at one time yes, the "History" Channel might have had some intellectual merit. However, these days it has quite clearly fallen into a New Age nonsense trap, its shows having long been replaced with the above nonsense and generally boring and/or non-history related content, effectively selling its educational value for short-term ratings and sensationalism. This seems to be a general theme among similar channels (TLC, the Discovery Channel, Nat Geo, etc.) these days. Never before has there been a more powerful argument for American public broadcasting. To be fair, much of the older educational programs still receive reruns and appear on On Demand. But as for newer content, the only thing played that is new content is much of the above horror.

At least Animal Planet continues to have a shred of dignity: it still airs animal-related content, at least for the time being, although a good chunk of it is soft core vore. Not to worry though, they have pretty much pushed even that aside for barely/non-animal related content as well. (We might view the 2012 mockumentary Mermaids: The Body Found as a satirical quip at the rampant pseudoscience in the sister channels or as a mockery of the audience's gullibility in an elaborate echo of H. L. Mencken's The Rise of the Bathtub, but it also might be a sign that reality has simply lost its appeal among the viewing public.)

Currently there are only a couple shows (that is, shows still making new episodes) airing that have anything to do with history: Pawn Stars, Modern Marvels, and American Pickers. Pawn Stars and American Pickers both involve finding or being brought items that loosely have historical significance. Modern Marvels is the last thread of purely educational content the entire channel offers, spending each episode on a specific topic and teaching you about how it's made, its history, and what it does. Episodes vary from airplanes to packaging. But don't be discouraged, at least its yet another sister channel H2 seems to have ACTUAL programmes about history.[note 4]