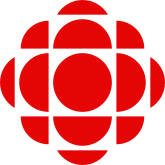 The Canada Broadcasting Act of 1991[3] states that the CBC should:

As with many publicly-funded stations, the CBC has been criticized by hardcore conservatives of having a liberal bias, referring to the network as the "Communist Broadcasting Channel" (they then claim that the CBC needs to be, as usual, defunded or privatized). The most recent accusation occured when CBC's Vote Compass tool[4] was said to directly point the test taker to the Liberal Party if he/she was choosing more moderate positions. What some "reporters" failed to realize is that the Liberal Party (on the Canadian political spectrum) is considered the centrist party.[5]

Like the Beeb, the CBC is independent ("at arms length") from the Canadian government, only tied by government funding. And unlike the BBC it employs private commercial advertising as well, a move sometimes criticized by left-wingers.[6] The CBC's taxpayer subsidy is third-lowest in the developed world, so it's not exactly sucking off the public teat.[7]

The CBC, over its existence, has featured commentators like anti-feminist Barbara Frum (mother of David Frum),[8] global warming denier Rex Murphy,[9] plagiarist Margaret Wente, Trump wannabe Kevin O'Leary,[10] arch-wingnut Tom Flanagan,[11][12] and "sportscaster" Don Cherry, who actually believes the metric system is communism.[13] The current contributors on the channel's top political panel ("At Issue" on The National) include Chantal Hébert, who has written for newspapers with political affiliations all over the place (but now sits as a columnist for the liberal Toronto Star), Andrew Coyne, whose work has been found in the Wall Street Journal, National Post and National Review, and Bruce Anderson, a former communications advisor for both the Liberals and Progressive Conservatives. NDP supporters have actually complained that they don't have anyone to represent their views on At Issue.[14]

Adding insult to injury, comedy shows such as the Rick Mercer Report, Royal Canadian Air Farce, and This Hour Has 22 Minutes deride liberals just as much as they do conservatives. Top CBC correspondent Terry Milewski has also pissed off Liberal prime ministers throughout his career, but it only became a big deal for the crazies when he asked just as hard-hitting questions to Stephen Harper.[15] If that's bias, it's some pretty shit bias.