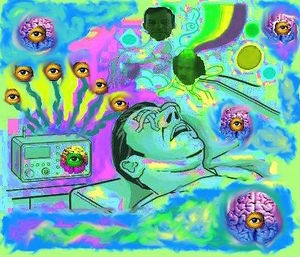 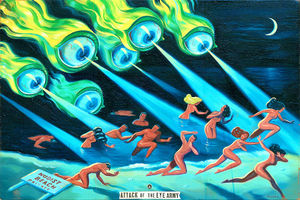 Most of the brain beam operators in America are probably FBI black ops brain beam operators. (NSA is known to have these beam weapons, and it is reasonable to assume that the CIA has this technology also.) Most of the Washington, DC area FBI black ops beam weapons operators are corrupt criminal speed freaks and they are usually high on methamphetamine speed. At least one documented FBI brain beam weapon operator is also a criminal psychopath, an methamphetamine speed freak, and an illegal drug user.

Jennifer stated,[1] she had been out jogging on the evening of Tuesday, April 26, 2005. While jogging, she was grabbed by two individuals, a "Hispanic male" and a "White female," in a van and thrown in the back of it. Her hands were then tied with rope. The individuals then placed her on her right side on the floor of the van and made her face the back door. The male then began driving while the female stayed in the back of the van with Jennifer. After approximately thirty minutes, the male pulled the van off to the side of the road and shut the vehicle off. The female took off her pants and underwear but left her shirt on. The female then pulled down Jennifer's pants and underwear, performed oral sex on her, and digitally penetrated her vagina. The female then moved over Jennifer's head and told her to perform oral sex on her. At the same time, the male had gone to the back of the van. He then removed his pants and placed his penis in Jennifer's vagina. According to Jennifer, she performed oral sex on the female until she "had an orgasm." The male pulled his penis from Jennifer's vagina once the female had an orgasm. Jennifer was not sure if the male had ejaculated...