An orgasm is Satan luring people to hell like a sneeze,[1] only better. And lower (literally).

In simplistic terms (that is, so simple that it's probably not correct any more) the orgasm is an evolutionary driving force for people to have more sex and reproduce more. Prior to the invention of contraception, people who liked fucking would fuck more, producing more offspring who in turn liked to do the dirty. As a result, obtaining orgasm is now so pleasurable that some people dedicate their lives to it, and some anthropologists may go so far as to say that everything ever done in the world ever was because someone wanted to have more or better orgasms.

The role of the female orgasm is often debated with some claiming it to have no evolutionary value, often classifying the clitoris as a largely vestigial organ. Critics of this view point out that it neglects the psychological effects of the orgasm and its possible role in evolutionary psychology. Some research has shown the orgasm could produce an evolutionary advantage: the muscular convulsions during an orgasm draw sperm deeper into the vagina, toward the cervix and beyond - thus, the chance of conception is increased with orgasm. This theory, known rather pleasantly as "the Upsuck Hypothesis" is reasonably popular and considered to be more accurate compared to the so-called Poleax Hypothesis, which states that the female orgasm left women "knocked-out" and horizontal for an extended period of time, making it easier for sperm to migrate to where they could fertilise an egg.[2]

Adam and Eve were hanging out on their first day together in the Garden of Eden when God comes up to them. "Hi guys," God says[3] "I've got two presents for you. But you can only have one each so you'll have to pick what you want." Adam and Eve look pleased, "Great, what are they?" Adam asks. "Well, the first is the ability to urinate while standing up..." Adam interrupts him. "Shotgun!" He cries, "I'll have that!". God then grants Adam the ability to urinate while standing and Adam runs off to piss against a tree and write his name in the snow. Eve looks apprehensive, "What am I left with then?" she asks. "Multiple orgasms" God replies. 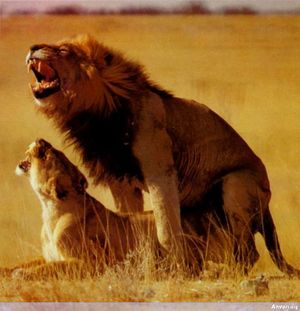 Often the by-product of reasonably good quality sexual activity, the orgasm tends to condition the atheist liberal to more and more sexual activities, until the point comes (har har) where they no longer value the body and blood of the awesome Jeebus Baby.

Self induced orgasms are evil (but fun).

It has been suggested that the relative ease of achieving female orgasms has a genetic component.[4]

Much has been made in women's oriented magazines about the "vaginal orgasm" vs. the "clitoral orgasm". Science has never shown that women can experience two types of climaxes; the only studies seem to involve self-reporting about how often one achieves orgasm in each way. Of course, women also report that they can climax from stimulation of the nipples or pure mental stimulation.

(sorry for that one).

Men's magazines do not seem to spend inordinate amounts of time on types of climaxes. Can one read from this that for men, as long as it happens, "it's all good"?