From RationalWiki
(Redirected from Gulag)
Jump to: navigation, search 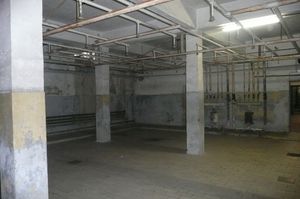 A concentration camp is like a jail, only without the hygienic conditions and concern for prisoners' basic human rights. Typically, authorities use concentration camps to isolate groups of people — identifiable by some "outsider" trait — from the general population for some trumped-up reason.

in 1896.[1] The British first used the term as a label to identify facilities used to detain Boers in South Africa during the Second Boer War of 1899-1902.

When speaking of concentration camps (as one does), two examples dating to World War II quickly come to mind:

One could also regard American Indian reservations as examples (if one is prone to hyperbole). Likewise some of the P.O.W. camps on both sides during the American Civil War. The Soviet Gulag system[2] might provide a better comparison.

Concentration camps made a brief comeback in Europe in the 1990s with the Yugoslav Wars. The best currently existing example of concentration camps are those in North Korea, called kwan-li-so. These camps hold an estimated 150,000-200,000 political prisoners,[3] in a style very similar to the Soviet Gulags, though sometimes they can get somewhat... Nazi-like.

Concentration camps were designed in no small part to remove "undesirables" from their social and political contexts, reducing them to the status of "non-persons". Channeling Hannah Arendt and especially Michel Foucault, the Italian postmodernist philosopher Giorgio Agamben writes in States of Exception about how camps like Auschwitz represented "the most biopolitical space ever to have been realized, in which power confronts nothing but pure life."[4]

Some cranks believe that the return of concentration camps in the United States is right around the corner (damn, it's taking those Illuminati shape-shifting lizards a long time). They also conveniently prefer to ignore or downplay the very real and very inhumane "detention centers" run by ICE.[6][7] Gee, I wonder why...