Bonobo have about the same genetic similarity to humans as chimpanzee, and as such a hybrid between a human and a bonobo is as likely to be created as a hybrid between a chimp and human.[note 1] Despite this fact the topic of a possible bonobo-human hybrid rarely gets brought up when talking about a humanzee, likely because most forget about the existence of the far rarer bonobos. It's likely those aware of the possibility use the term Humanzee as a catch-all for all possible chimp-human or bonobo-human hybrids, despite not technically being accurate.

Though not specifically identified as involving a chimpanzee, historically the first allegation of a human-ape hybrid would seem to be the legend of Count Gulielmus, whose pet ape became his wife's lover after becoming infuriated with jealousy watching them have sex. The story was first publicized by Doctor of the Church Petrus Damiani[1] in his 11th-century work De bono religiosi status et variorum animatium tropologia (or "Illustrated Book of Sexual Records"), allegedly told to him by Pope Alexander II[2] (in office 1061-1073).

In 1897, an anencephalic birth was reported in Vichy, France ("L'anencéphale de Vichy"). It was alleged by the author, Dr. Louis Bounoure, that the birth was due to a female human mating with a male chimpanzee.[3][4] 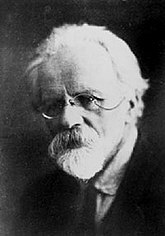 A scientist named Dr. Ilya Ivanovich Ivanov tried to create hybrids of humans and other great apes in the late 1920s, but did not succeed in the few experiments he conducted: artificially inseminating[5] three female chimpanzees. However, the death of his last male ape, followed by the usual political maneuvering in the early Soviet Union that saw him exiled to Kazakhstan, meant his attempt to artificially inseminate five human females (probably) never went ahead.[6] There is a false rumor that he did it for Stalin, who is alleged to have told Ivanov, "I want a new invincible human being, insensitive to pain, resistant and indifferent about the quality of food they eat."[7][8][9] The quote is popular among creationists.[10][8] The true motivations of Ivanov (or at least of his financial supporters) was the demonstration of "positive" eugenics, based on Lysenkoism.[8]

Ji Yongxiang, the head of a hospital in Shengyang, China, claimed that he was part of a 1967 human-chimpanzee crossbreeding experiment, but that the experiment was stopped by the Cultural Revolution.[11]

Since humans have 46 chromosomes and chimpanzees 48 (what are two separate chromosomes in chimps have been fused together in humans to form the human chromosome 2), any offspring would have 47 chromosomes, rendering them almost certainly infertile.

There is some evidence that the chimpanzee genus (Pan) and early non-Homo hominid species (Ardipithecus or Orrorin) may have hybridized.[14].