This article is about a woo-peddling company. For the chemical compounds, see Pyridine 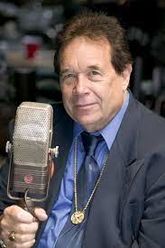 Pyradyne is a company that sells jewelry and wearable pyramids. Invented by failed-immortalist and radio host Fred Bell (1943–2011), their flagship products are the "Nuclear Receptor—the First Wearable Technology for Everyone!" and the Pyradome. Bell, who referred to himself as a doctor, despite no known Ph.D., formed the company in 1975, and also claimed to be a quantum physicist, NASA engineer, naturopath, nutritionist, a direct descendant of Alexander Graham Bell, and probably other things.

Fred Bell claims to have participated in the Philadelphia Experiment, helped developed cold fusion, and invented a time machine, all before turning 18. He has supposedly worked with NASA and the US Air Force.[1] After that, he formed Pyradyne in 1975. He wrote several books about his ideas, and The Promise, which he co-wrote, is a "true story" about how he developed this, involving Nazis and Atlantis. He says this science has come from aliens and works on a quantum level. He also made some music, which is by far the least nutty thing he put out. Fred Bell also appeared on Conspiracy Theories with Jesse Ventura[2] talking about death rays. He died shortly after filming the episode.

Fred Bell's daughter, Megan, runs Pyradyne currently. She was interviewed on Oh No Ross and Carrie in 2021.[3]

While they sell superfoods, some of Fred Bell's literature, and supplements, the main show is the jewelry. They say it can improve your mood, give you energy, stop aging, rid you of toxins and radiation, awaken your chakras, give you the power to control space and time, project you into the fourth dimension and, very importantly, stop fruit and vegetables from going bad.[1][4][5] They claim that combining jewelry with their supplements and other products creates a synergy that "re-winds" your DNA and protects you from negative frequencies.[6] Pyradyne describes their Receptor line of jewelry as technology derived from "shape energy research, crystal, gem and filter technology, ancient pyramid technology, quantum physics, quantum biology, LASER and MASER technologies, homeopathic and allopathic medical sciences, Tibetan acupuncture, and NASA Cassegrain technology".[1] In other words, a whole bunch of woo. The jewelry can cost hundreds or thousands of dollars.[citation needed]