From RationalWiki
Jump to navigation Jump to search
This article covers genetically homogeneous breeding amongst plants and animals. For a focus on humans, see incest.

Inbreeding is the mating of two organisms (often animals) that are closely related to each other, and often refers to the continued practice of this, producing inbred animals. It can be used to create offspring with specific desirable characteristics, as in the case of pedigree dogs, cats, or racehorses, but it also occurs naturally in relatively small and isolated populations of animals (including humans, of course). Inbreeding may occur if few people have a disproportionate number of children in a community, as is common in polygamous societies and those isolated from the wider population. In the case of humans, inbreeding is most commonly associated with incest. 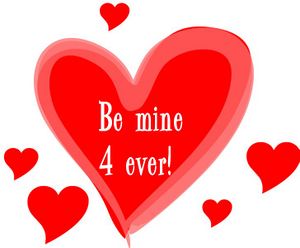 Inbreeding can be used as a method of artificial selection to selectively breed plants and animals with desirable traits. An example of this would be the breeding of pedigree dogs. Inbreeding may lead to a highly specialised genome, such as in the case of the cheetah — a species of cat that is heavily inbred, claimed to have been caused by a catastrophic drop in population that occurred thousands of years ago. The species is highly specialized, yet possesses a relatively weak immune system.[1]

Ironically, incest is vital to the development of extreme traits in prized domesticated angiosperms

and animals — offspring in this process are referred to as hybrids

from a taxonomic viewpoint.

Because a few generations of interbreeding can lead to a variety of genetic problems, "out breeding" is performed to remix the genes a bit — farmers may also just buy new seeds outright instead of using their own from the harvest. While farmers do inbreed plants, flower plants have a mechanism to prevent self-fertilization

in a process called self-incompatibility.

In this process, the plant will literally poison pollen it detects as its own with a poison called S-RNase

Hybrid breeding has yielded an increase in nutritional value among plants;[3] part of this is can be accounted for by the fact that plants are much easier to interbreed than animals due to plants having a higher fertility rate.

Inbred strains of species are important in genetic research. Inbreeding creates a less varied genome, reducing the chances that a genetic variation among test subjects could skew their results.

Loss of diversity in the genome[edit]

A loss of diversity may leave a group less adaptable to changing circumstances - creating a genetic monoculture. In the case of plants, this increases the risk that crops would be eliminated by a pest or disease for which the entire group lacks resistance. An example of this is found in the Irish potato famine, in which two factors led to mass starvation: an artificially imposed over-reliance on a single crop (potatoes), and a lack of variety in that crop.[4]

In animal breeding, the bulldog is commonly cited as an example of inbreeding taken to a point that the animal could not have otherwise reached by natural selection. Bulldogs have been bred for their characteristic floppy face, but in some dogs this has reached point at which dogs may struggle to breathe. The UK Kennel Club, an organization for dog breeders, issued guidelines to limit the breeding of that specific characteristic.[7]

When you're descended from "Joanna the Mad"

in fourteen different ways, you're not off to a good start in life.

The royal families at various times went in for inbreeding for dynastic and other purposes; a child born to two Royals would have an arguably stronger claim to the throne, and this also reduces the number of cousins and second cousins in an ever expanding family that would fight amongst themselves over every last scrap of the empire. Notable examples are the Pharaohs of Ancient Egypt (brother-sister marriage — though secondary wives were also involved, giving some mixture to the gene pool) and Charles II of Spain.

The ruling classes of some societies have tried to breed with those of a similar high status. In Europe, it was common for the royalty of various nations to be related by blood, the House of Windsor being an example of this.[8] But with the number of Royal families being limited to at most the number major empires in existence, it's not long before every significant King and Queen are cousins with each other. Queen Victoria, for instance, was the grandmother of George V, Kaiser Wilhem, and of Tzar Nicholas II's wife. Victoria's husband was also her first cousin as well.

This inbreeding is comparable to eugenics, in that certain bloodlines are deliberately kept "pure". In practice, it often resulted in the opposite of eugenics, producing such benighted creatures as Charles II of Spain, whose jaw was so deformed that he couldn't chew his own food and could barely speak.[9] The House of Habsburg, an Austrian dynasty that held thrones across Europe, notoriously engaged in reckless amounts of inbreeding to ensure that the family's assets stayed under their descendants' control.[10] This eventually backfired on them, as the catastrophically disabled Charles II was sterile and died without an heir, sparking the War of the Spanish Succession.[11] Also known to snarky people as the "War of the Inbred Idiot", the War of the Spanish Succession lasted 12 years and resulted in the end of the Habsburg monarchy there as well as the crumbling of Habsburg holdings in Central Europe.[12] Spain entered its Bourbon period after that.[13] Who can blame them?

One general result of this inbreeding in the European royal families was the concentration of the disease hemophilia in the males.[14] So much so that hemophilia was known as the Royal disease until after World War II.