From RationalWiki
< User talk:Nx
Jump to navigation Jump to search

This is an archive
Please do not edit this page
To leave a message, return to my talk page

When we switch to the vector skin, then, would we also have to change our user extensions from monobook (For example: User:someasshole/monobook.css) accordingly? Punky Your mental puke relief 02:41, 11 November 2010 (UTC)

I've just noticed a very tricky issue with the bot: After LArron made - and signed - a comment, ey went back and revised it, but added a line. NxBot signed the line that was added to the original comment. Blue Talk 18:57, 13 November 2010 (UTC)

I know you're probably super fucking busy today, but when you get a chance, could you explain why this doesn't work? Occasionaluse (talk) 20:29, 14 November 2010 (UTC)

I know you probably won't see this until tomorrow...[edit] 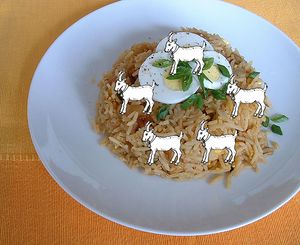 ...but yesterday I think we were all impressed with how smoothly and efficiently the server move/MW upgrade went. Excellent preparation and implementation! I didn't even have time to make barnstars for you and Trent, but have an AK-47

and some goat pilaf on me.

PS, the smileys section appears to be borken ;) ħuman

Thanks for fixing the invaluable smiley box! ħuman

It is nice to have this new feature, the Special:ActiveUsers. But the text at Special:Statistics is wrong, it reads

(Users who have performed an action in the last 91 days)

Clearly, the number of the active users (175) is still the number of users who have performed an action in the last 7 days. Could the text be changed?

I assume that the text uses the wrong parameter: 91 sounds like the maximal available number of days. BTW, cp:Special:Statistics shows the same error. larronsicut fur in nocte 16:01, 15 November 2010 (UTC)

While you're at it, I'm having trouble using page.put() in pwb again. This error is all I've been getting (I tried editarticle.py as well as my own scripts):

Hate to bother you, but Armondikov vandal binned nearly everyone and promoted them to editor before you got there. Could you parole me?

Get over it. Those edits were piss poor, unlike the other anon using that IP's. ħuman

How can you be sure? ħuman

So, Nx, what got stuck up your ass that you have to get involved - to the point of blocking and being rudely insulting - in a discussion between two other people, in a way that is not even in the slightest working towards conciliation? ħuman