From RationalWiki
(Redirected from Women)
Jump to navigation Jump to search 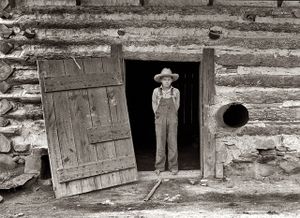 A person is a corporation human being, the words interchangeable. However, like everything else in the modern world, the term person has acquired moral, ethical, and legal ramifications that muddy the waters. A person is a being with a modicum of basic civil rights.

Daniel Dennett defines an entity as having personhood if it is an intentional system, is capable of reciprocity and communication, and is conscious. This contrasts the traditional view that only a human can be a person: Person is an individual substance of rational nature. As individual it is material, since matter supplies the principle of individuation. The soul is not person, only the composite is. Man alone is among the material beings person, he alone having a rational nature. He is the highest of the material beings, endowed with particular dignity and rights, says Boethius.

Biologically speaking, the term person was always well understood in the "I know it when I see it way", but as soon as science asked for a clear definition, the boundaries became less clear. For example, our genetic code shows that we are so similar to apes, that there are valid moral arguments for defining the great apes as "people".

If a person is not just a human being, then it is understood as something that can think, reason and understand, much like a human. Computers are becoming more and more "human like", being programmed with basic sets of skills that allow them to learn, to mimic, and to have unique "processes" that should be argued are "creative" to that machine. Given the advances in AI in only 10 years, it will not be long before the question of personhood will have to be addressed for non-biological entities.

Also, looking to the potential future (even though it's academic at this point), it's within reason to conclude that if were to encounter sentient life outside Earth, those beings would also be considered persons, with the rights and responsibilities that go along with that status.

PETA people spend a great deal of intellectual and financial capital to protect animals as persons, saying that one living being doesn't have the right to "use" another, and that the only way to protect these animals is to see them as people. Since PETA wants to re-brand fish (and not just catfish) as "sea kittens,"[1] we remain dubious of the effect of calling animals "persons." Goats are another matter, of course.

Most all of the above arguments rest on the fact that there is a legal status to being a person, and that the term person itself is a legal term.

In the United States, women were given fought long and extremely hard for right to vote in 1920. Almost 100 years later, when asked about the equal protection clause of the Fourteenth Amendment in regards to discrimination against women and gays (no state shall "deny to any person within its jurisdiction the equal protection of the laws"), the late Antonin Scalia replied "Certainly the Constitution does not require discrimination on the basis of sex. The only issue is whether it prohibits it. It doesn't. Nobody ever thought that that's what it meant. Nobody ever voted for that. If the current society wants to outlaw discrimination by sex, hey we have things called legislatures, and they enact things called laws."[2]

In Canada, the question of whether the definition of the word "persons" includes women was the subject of the 1929 case Edwards v. Canada (Attorney General), in which it was decided that, yes, women are persons and also established the Living Tree doctrine of Canadian constitutional law.

See the main article on this topic: Corporate personhood

Corporate personhood, the notion that a unit of property owned by several people can itself be considered a person, is an accepted position in most modern legal systems. It is a so-called legal fiction: under the law it is quite useful to be able to sue The Coca-Cola Company instead of thousands of shareholders, but such laws are not intended to imply that The Coca-Cola Company is a natural, flesh-and-blood person, hence the "fiction".

See the main article on this topic: Personhood laws

Aside from all of these, there is a strand in the abortion debate over the status of zygoats zygotes as people. Personhood woo is the magical science that the religious right uses to "prove" that science understands human life to begin at conception, and that a human is a person, therefore a single cell is equally a person.

A person trying to think of a funnier caption than this.