A warning to the wise: parodists, they're everywhere.


They cook your meals, they haul your trash, they connect your calls, they drive your ambulances.
They guard you while you sleep.


Do not fuck with them.

Conservapedia has been infiltrated by parodists and deep cover liberals numerous times, including some, like MexMax, Bugler, or JJacob, who revealed themselves after being given some level of responsibility for running the site.[1]

The vast infiltration has led to an atmosphere of paranoia about parody and subversion among sysops, who are reluctant to trust newer editors. Many parodists are too obvious, and get caught right away. Sure, that means that well-meaning editors get swept up in the ensuing witch hunt. But the best parodists are those that are never suspected by anyone, on either side.

Often it is tempting to believe that the whole of Conservapedia is a parody site satirising the Christian right. While many of Andrew Schlafly's outrageous pronouncements make him look like a parodist, his family and professional background suggest otherwise. Nevertheless, it seems probable that several parodists have become accepted within his site, where they contribute to the chaotic farce which is Conservapedia.

Schlafly nevertheless sometimes makes up arguments so silly that it appears a parodist hacked his account. For example, when he suggested that Obama is a Muslim because he never dances,[2] all parodists were outmatched: no parodist would dare to use an argument as silly as this one, as it would surely reveal them as parodists!

There used to be a "non-extremist" group in Conservapedia, to the extent anything to the left of Andy Schlafly and the core goons' wingnuttery is "moderate." For example, Philip J. Rayment, who is as religiously extreme as the day is long and because of his fundie zealotry is a homophobe and misogynist, nonetheless dared to oppose Andy's most irrational affirmations, particularly relating to gun control. Rayment as an example goes to show that even a rapturian fundie can seem moderate by Conservapedian standards simply for his refusal to toe the party line on the issue du jour. And thus, parodists thrive on applauding Andy like sheep in Animal Farm and harassing "non-extremists" like PJR. They probably intend to disgust good faith editors like Rayment and drive them off, thus making Conservapedia an even more extremist and ridiculous site.

If driving off legitimate editors, regardless of those editors' beliefs, is the actual goal of some of the parodists discussed below, we can say they succeeded. Andy's blindness about obvious parodists, leading to a 1690's Salem mentality among his hired goons (chiefly prosecuted by TK until his death in late 2010, and whose status as a parodist remains unknown) were prime causes in the departure of good faith editors like Rayment.

RationalWiki doesn't encourage parody. Not because we want to protect Conservapedia, but because it's funnier to contemplate Conservapedia's stupidity when it's genuine conservative silliness and not parody.

Contrary to Conservapedia's claim, RW is not a vandal or parodist site: we point out their stupidity without adding to it. If we did, it would be cheating.

But neither do we help them to find parodists. It's not our job to help CP. We sometimes point out obvious parodists, but that's because we think "If this time Andy doesn't understand he's a parodist, he won't believe us when we write he is". And actually, it works.

Though RationalWiki officially (whatever that means) discourages parody, high-profile parodists at CP have without exception eventually proven to be members of RW, often fairly active ones. Despite the official line, RationalWiki is a source of considerable encouragement for parodists in the form of archives of old parody and much-craved attention at WIGO:CP.

It is really fun to see that even after a parodist comes out of the closet, they can still see his contributions as valid (yes, Poe's Law). 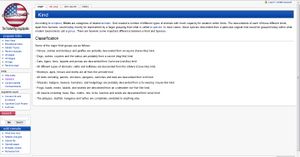 An example of parody on Conservapedia. 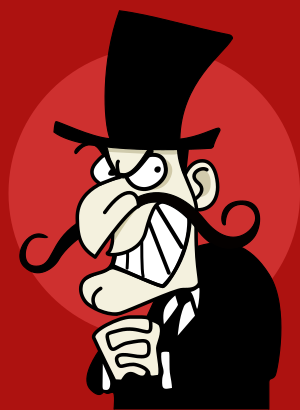 This editimg posted by Torture4Terrorists stood from March 11 to September 20, 2007, despite having been lampooned in the LA Times article of June 19, 2007. It was finally removedimg by TK.

Conservapedia spoofs lists others that you may have missed and which have been preserved for posterity by RationalWiki.

Since Conservapedia is so full of parodists, and Poe's Law is the law of the land over there, it is easier to identify those who are certainly not parodists than those who likely are. Among them: