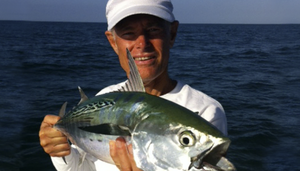 Perlmutter is known for promoting bizarre health claims including eating carbohydrate increases the risk of dementia and high levels of blood cholesterol are healthy for the brain. He has been criticized by medical experts for making dangerous and misleading health claims unsupported by scientific evidence.[2][3] Perlmutter is known to change his views on nutrition depending on his audience, for example, he used to criticize fruit consumption but now recommends it in moderation. Quackwatch has noted that "much of what Perlmutter is now saying is the opposite of what he wrote—just as confidently—15 years ago."[4]

Perlmutter wrote a bestseller called Grain Brain in 2013 which launched a bunch of nutty sequels. His book series claims that gluten grains and sugar are destroying people's health by causing practically every mental or neurological disorder such as ADHD, Alzheimer's disease/dementia, depression, Tourette’s syndrome, anxiety, epilepsy, movement disorders, migraine and schizophrenia.[2][5] He says that grains, including whole grains, are "a terrorist group that bullies our most precious organ, the brain."[6]

Perlmutter claims our ancestors ate a high-fat low-carb diet but he failed to back this up with any reliable evidence:

On page 6, Grain Brain states "I believe that the shift that has occurred over the past century—from high-fat, low-carb to today’s low-fat, high-carb diet, fundamentally consisting of grains and other damaging carbohydrates—is the origin of many of our modern scourges linked to the brain, including chronic headaches, insomnia, anxiety, depression, epilepsy, movement disorders, schizophrenia, attention deficit hyperactivity disorder (ADHD), and those senior moments that quite likely herald serious cognitive decline and full-blown, irreversible, untreatable, and incurable brain disease." The book doesn’t provide a reference to support this statement. In fact, the best historical data we have on the US diet are from the US Department of Agriculture. These data go back to 1909, and suggest that the US diet a century ago was probably higher in carbohydrate and lower in fat than what we eat today. Total carbohydrate intake was also higher. Worse, our consumption of wheat flour—the arch-nemesis of Grain Brain due to its concentrated carbohydrate and gluten—was higher a century ago than it is today. This claim in Grain Brain is not only incorrect, it’s backward. —  Stephan Guyenet[2]

Perlmutter promotes a very-low-carbohydrate ketogenic diet which is very high in saturated fat for brain health and to prevent neurodegenerative diseases such as Alzheimer's disease (AD) but there is no scientific evidence that such a diet is effective to prevent the disease.[2] Contrary to what Perlmutter claims, reviews of studies have found that higher saturated fat consumption increases the risk of AD and dementia.[7] Perlmutter rarely cites reviews of studies such as meta-analyses and most of the scientific sources he cites have small sample sizes.

Another of Perlmutter's claims is that a ketogenic diet is beneficial for the heart, although no long-term clinical trials have demonstrated this.[8]

Perlmutter's statements about non-gluten grains have confused reviewers. Science writer Alex Ruani noted that "it isn’t always clear whether Perlmutter is discussing the effects of carbohydrates or gluten, as the language shifts throughout. To add to the confusion around exactly what Perlmutter links to the cause of neurological degeneration, in the diet section of Grain Brain, carbohydrate-containing foods such as legumes, rice, quinoa, and oats are allowed to be included."[6]

Perlmutter allows moderated consumption of amaranth, buckwheat, rice (brown, white, wild), millet, quinoa, sorghum, teff and gluten-free oats so contrary to what has often been reported he is not anti-grain, he only opposes grains that contain gluten.[9]

Perlmutter is an anti-sugar fanatic. He has claimed that all sugar including fructose is bad for health and that people should limit their fruit consumption to a few berries.[10][11] In his book Grain Brain and in interviews on YouTube Perlmutter has advised people to limit their fruit consumption but in June, 2021 he admitted on his website that "up to three servings per day is actually associated with lowered risk of type 2 diabetes."[10] This contradicts the statements in his book.

Since writing Grain Brain, Perlmutter has changed his views about fruit. He now claims "there's nothing wrong with fruit" but it should be consumed in moderation.[12]

Perlmutter is a cholesterol denialist and he thinks that everyone should eat a diet high in saturated fat because LDL cholesterol does not cause or increase the risk of cardiovascular disease.[2] This advice has been described as dangerous:

Perlmutter bizarrely claims that a ketogenic diet might actually reduce risk of heart disease.[13] There is no reliable evidence for this in the medical literature.

On his website in the past Perlmutter has sold a bunch of vitamin woo and other pseudoscientific nonsense including a $90 "Scholar’s Advantage Pack" for "young adults seeking to optimize cognitive function," and the $160 "Senior Empowerment Pack," a "combination of formulas designed to help keep you cognitively sharp as you age." Perlmutter has run a $8,500 brain detoxification retreat which has included shamanic healing ceremonies.[14]

In 2018, Perlmutter teamed up with the vitamin supplement company Garden of Life® to sell "Dr. Formulated Brain Health" supplements that are alleged to improve "mental sharpness". One of these products, "Dr. Formulated 100% Organic Coconut MCT Oil", is said to provide "fast fuel for brain and body" and is recommended to those on a ketogenic or paleo diet.[15]

Perlmutter takes many unnecessary supplements everyday, such as a fibre supplement first thing in the morning, a probiotic supplement, zinc, ALA (alpha lipoic acid), vitamin E and turmeric supplements.[16] He also takes a heavy dose of omega 3 DHA supplements but it is unclear why he does this because he is a heavy fish eater and consumes wild salmon most days of the week.[17][18]

On his website, Perlmutter claims "Numerous studies link high levels of DHA with a decreased risk for dementia, Alzheimer’s and other brain diseases (view some of these studies here on my site). Look to take in about 1,000mg/day", however this has not been found in reviews of randomized controlled trails. For example, a 2016 Cochrane review of randomized controlled trials found no convincing evidence for the use of omega‐3 supplements in treatment of Alzheimer's disease or dementia.[19]