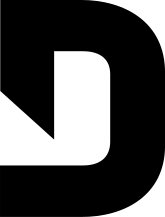 Discord is an instant messaging, voice and video communication platform originally marketed at gamers, but has since expanded to become more universal. It quickly rose in popularity since being launched in 2015, and has over 250 million users.[2] Formerly touted as "by gamers, for gamers", it is an online chat client similar to legacy IRC chats. Users can join various servers that are dedicated to a range of subjects, games, and communities.

Of course, the intuitiveness of the client means that a lot of servers with nasty subjects end up popping all over the place, with entire servers dedicated to child pornography, 4chan style content, underage dating, and other problematic content.[3] The website was utilized heavily by the alt-right and neo-Nazi groups with Unicorn Riot and other outlets such as Montreal Gazette leaking chat logs from far-right chatrooms. All these problems also come with the usual tepid, lagging, vague, and empty responses by the platform holder.

Discord is also used by political activists of all types, with its privacy and anonymity features being used to enable extremist political factions to coordinate. The alt-right activists which subvert mainstream political campaigns include such examples as 2019 #YangGang,[4] and Identity Evropa.[5]

Discord has had problems with hostile behavior and abuse within its chatrooms. It is common for publicly listed chat servers to be "raided" (the taking over of a server by a large number of users) by trolls. The trolls spam and promote topics related to race, religion, politics, and posting pornography.[6] Discord has stated that they have plans to implement changes that would "rid the platform of the issue",[7] but 2 years on they are yet to implement any actual changes to address the issue, to no one's surprise considering how long and inadequate Reddit, Twitter, YouTube, and other major platforms took to address these problems. Furthermore since each chatroom is moderated separately by moderators picked by whoever started the server, many chatrooms actively encourage trolling and abuse. The only way to combat this is to report users to Discords trust and safety team which does not directly monitor messages, in the hope they will suspend the users account. Normally the offender will return to the service with a newly registered account the next day, making the problem largely continual.

Discord gained popularity with the alt-right due to the client's supporting anonymity and privacy. Analyst Keegan Hankes from the Southern Poverty Law Center said "It's pretty unavoidable to be a leader in this [alt-right] movement without participating in Discord".[8][9] In early 2017, CEO Jason Citron stated Discord was aware of these groups and their servers.[10] Citron stated that servers found to be engaged in illegal activities or violations of the terms of service would be shut down, but would not disclose any examples.[11]

Following the violent events that occurred during the Unite the Right rally in Charlottesville, Virginia, on August 12, 2017, it was found that Discord had been used to plan and organize the white nationalist rally. This included participation by Richard Spencer and Andrew Anglin, high-level figures in the movement.[8] Discord responded by closing servers that supported the alt-right and far-right, and banning users who had participated.[12] Discord's executives condemned "white supremacy" and "neo-Nazism", and said that these groups "are not welcome on Discord".[8] Discord has worked with the Southern Poverty Law Center to identify hateful groups using Discord and ban those groups from the service.[13] Since then, several neo-Nazi and alt-right servers have been shut down by Discord, including those operated by neo-Nazi terrorist group Atomwaffen Division, Nordic Resistance Movement, Iron March, and European Domas.[14]

and facilitating real-world harassment of the victims of these images and videos. Such actions are against Discord's terms of service and Discord has shut down servers and banned users identified from these servers, but the ease of creating new accounts and servers allows such servers to continue to proliferate.[15]

In July 2018, Discord updated its terms of service to ban drawn pornography with underaged subjects.[16] A social media movement subsequently criticized Discord for selectively allowing "cub" content, or underaged pornographic furry artwork, under the same guidelines.[17] Discord moderators held that "cub porn" was separate from lolicon and shotacon, being "allowable as long as it is tagged properly."[16] After numerous complaints from the community, Discord amended its community guidelines in February 2019 to include "non-humanoid animals and mythological creatures as long as they appear to be underage" in its list of disallowed categories, in addition to announcing periodic transparency reports to better communicate with users.[18]