From RationalWiki
(Redirected from Historicism)
Jump to navigation Jump to search

Historical determinism is the belief that historical, and by extension present and future, events unfold according to predetermined sequences.

Historical determinism lurks within many belief systems, including: 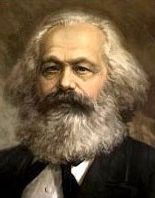 "I will be proven right eventually. If not tomorrow then definitely next week."

Historical determinism was especially popular during the 19th century when it was known as historicism. Basically, historicism is a historian's scientism. Historicists attempted to get the study of human history to become a natural, 'hard' science. They typically identified a 'motor' behind all human history (class struggle, national mission, racial destiny, reason, violence, or repressed sexuality

In almost all cases, this motor is presented a single, all-encompassing "magic bullet" that is held to control and explain everything in society, no matter how tenuous and convoluted the connection. ("If all you have is a hammer, everything looks like a nail.")

It is worth noting:

Soooo ... does this remind you of anything?

By careful study of the workings of the motor during human history, most historicists believed it could be used to predict the future, which if successful would in effect turn history into a natural science. Eventually, these attempts failed, as it turned out human behavior is not as predictable as most historicists believed it is. It has sometimes been argued that much of the nasty cataclysm of war and violence of the 20th century was caused by failed attempts to forcefully have reality fit the perpetrator's pet historicist theory.

Notably, most historicists were not historians (Comte, Marx, and Hegel were philosophers) and historians have generally been aware that their field of study is distant from the natural sciences. This is in stark contrast with practitioners of many other social sciences. What sets history apart from both the natural and social sciences is that it looks for the unique rather than the general. Many historians (though there are exceptions) have been plainly not interested in formulating general laws about human history.

Historical determinism and historicism were decisively rebutted by Karl Popper, who argued that it is impossible to predict the future course of history. His argument goes like this:

Many theories espousing historical determinism could be considered as scientific hypotheses that were initially valid but eventually failed. Continued adherence to such theories, however, should be classified as pseudoscience. Many historical determinists will tell you that the revolution or the rapture is still going to happen, but at some undetermined point in the future. Although they do make a prediction, it is not a testable one, making it impossible to falsify, making it essentially worthless for scientific purposes. 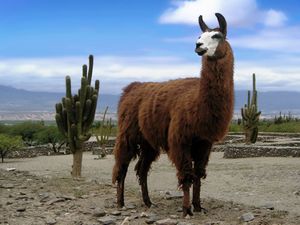 While Eurasia has 13 large mammals that can be domesticated, the Americas have only one (well, actually two

Since the late 20th century there has been a renewed interest in bringing history and natural science closer to each other. Although some have tried to formulate laws about human history, these attempts have stayed short of complete determinism.

One example is Richard Dawkins' The Selfish Gene, presenting a gene-centered view of evolution, leading some historians to adopt a gene-centered view of history. More relevant is Jared Diamond's Guns, Germs, and Steel, which explores the different ways human societies developed, and especially why some became powerful and ended up ruling the world while others didn't, based on differences in natural geography. Again, notably, neither Dawkins (a biologist) nor Diamond (a geographer) is a historian.

There are however two important differences that distinguish Dawkins and Diamond from their 19th-century counterparts. The first difference is that the modern authors don't just make up a theory and declare it to be scientific, but rather start out with accepted scientific theories and work out from there. Although one might disagree with the implications those theories have on human history, few people would argue that evolutionary biology or physical geography are unscientific.

Secondly, unlike the 19th-century historical determinists the modern 'determinists' do not claim to be able to predict the future. When they do make testable predictions it is about events that already happened. Diamond, for example, argues that when two previously isolated societies encounter each other, the one with a superior biological (nutritional) package will eventually prevail, as happened for example when the Europeans conquered the Americas.