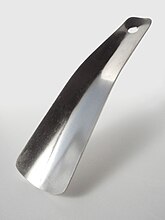 Shoehorning is using evidence or events to support an idea if the data does not support its conclusion. The process is often forceful, requiring either a very loose use of the facts and definitions or intentionally hiding, selectively reporting, or cherry picking certain aspects of a fact. Often, the most blatant examples involve using evidence to support a crank theory and then, should that evidence prove later to be erroneous, using the converse to also support the same crank theory, usually invoking conspiracy theories.

Shoehorning is very common in prophecy, astrology, and conspiracy theories.

Shoehorning is a fun and rewarding hobby. The following steps can be used to predict anything that has happened in the past:

The prophecies of Nostradamus are hopelessly vague, although many can be related to events of his time. This is similar to how verses from Revelation can be shoehorned in to current events, but understanding the historical context makes it easier to understand that the author was writing about his own time period. True believers will engage in the process of prophecy in reverse, by reading his quatrains to see if any could possibly correlate with an event that has already taken place. Robert T. Carroll of The Skeptic's Dictionary cites the following example:

From the sky will come the great King of Terror.

To resuscitate the great king of the Mongols. Before and after Mars reigns by good luck. (X.72)"[3]

The writer has taken the date, which does correlate with Kennedy's death, and then shoehorned the rest of the quatrain to fit their belief. As is common with shoehorning, they've ignored references that would contradict their claim. How are Mongols and Mars related to Kennedy's plane crash? One could argue that this quatrain predicts the Kargil conflict between India and Pakistan, since there were war planes involved in the fighting, and Mars is the Roman god of war. This is arguably more logical, yet this hypothetical Kargil prophecy still doesn't account for the Mongol reference. Another example is found in the frequently incorrect reading of the word "Hister", found in a Nostradamus quatrain, to be a reference to Adolf Hitler. Shoehorning of this quatrain is only possible if one doesn't know that Hister was the Latin name for the Danube River, thus not a reference to Adolf Hitler.[4] However, in another great example of shoehorning, this can be reinterpreted as referring to Hitler because the Danube was near where Hitler was born.[5][6]

Shoehorning is also practiced by psychics, who may make hundreds of predictions, and when one of them turns out to be true, they will cite it as evidence of their powers, while ignoring all the erroneous predictions.

See the main article on this topic: Divine retribution

Natural disasters are a rich source of shoehorning for religious lunatics. Taking the Asian Tsunami of 2004 as an example, here is a list of people who've linked this to God's plan.[7]

This is a short summary, and few of them explain why God would punish people in such an arbitrary fashion. If we accept that he's annoyed with homosexuals, wouldn't San Francisco have been a better target? Far be it for us to tell God how to do his job, but the destruction of all the gay clubs in London by freak tornadoes would surely have sent a clearer message. Shoehorning works around awkward facts by ignoring them, or explaining disparities as being God's mysterious plan.

This is a fun little exercise. Just take the political views of old dead people whom everyone knows are good or bad: Thomas Jefferson good, Adolf Hitler bad. Next, shoehorn the good person's beliefs into your own modern political or religious beliefs. Shoehorn the beliefs of your political opponents into Hitler and Nazism.

Marxists are known for their ongoing attempts to shoehorn the whole of history into the framework of bourgeois-versus-proletarian class-struggle, in accordance with the dictum of Marx, "The history of all hitherto existing society is the history of class struggles." As Marxism has diversified into identity politics, a thousand different variants on this shoehorning are now practiced under the aegis of conflict theory, with racial, ethnic, and gender-based conflicts replacing the bourgeois-proletarian divide.

Demonizing political opponents by bringing up parallels to Hitler is so common that Godwin's Law has been coined in response.

Within the religious right it is common to try to shoehorn modern religious right views (many of which date only to the fundamentalist movement of the 1920s, or to televangelism of the 1970s and 1980s) into the Founding Fathers of the United States. See, for example, David Barton and W. Cleon Skousen. The religious right is by no means the only offender. Among the more ludicrous, hard green writer Christopher Manes (in his 1990 book Green Rage) devotes a chapter to shoehorning Thomas Jefferson together with radical environmentalism.