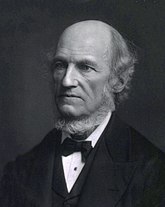 Actions of an individual can be influenced by suggestion and expectations without the individual being consciously aware of it. This is known as the ideomotor effect. In motor behavior, there are two parts to the brain activity. The first is the activity that results in the motor activity; the second is the registration of that activity in the conscious mind. The ideomotor effect happens when the second part, the conscious registration, is circumvented.

The effect was first observed by William Benjamin Carpenter

in 1852, in his investigation of dowsing. He proposed the ideomotor effect as a third class of unconscious behavior, along with excitomotor (such as breathing and swallowing) and sensorimotor (reflex actions).

The ideomotor effect has been well documented; however, it still remains an effect that is largely unknown to most people, including scientists.

A classic example of the ideomotor effect in action dates back to the use of a held pendulum as far back as 371 CE. An operator would hold the pendulum and attribute certain meanings depending on which direction the pendulum would swing. Priests used this technique to channel divine messages. Alchemists used it to determine the composition of an object. The results were very convincing, until double-blind trials failed to yield the same results.

The ideomotor effect was responsible for the Clever Hans effect. This is named after a horse, Clever Hans, who was believed to be able to understand and solve basic arithmetic problems and give the answer by tapping his hoof. It was later found out that the horse had no mathematical abilities at all, but was simply picking up unconscious ideomotor-generated visual cues from his owner which told him when to start and stop tapping.[1]

Many phenomena have been attributed to the ideomotor effect, including: