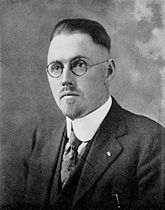 Despite failing to graduate from Eclectic Medical College in Kansas City, Brinkley was able to practice medicine with an undergraduate license in some states and later obtained degrees from diploma mills.[1][2] In any case, he set up a radio station to promote his goat therapy,[1] where he also pioneered the practice of issuing prescriptions over the air to his listeners without any diagnosis (later popular on the Internet for obtaining Viagra).

The Federal Radio Commission (forerunner of the Federal Communication Commission) shut down his radio station, KFKB, in 1930 for promoting fraud, and his license to practice medicine was revoked the same year by the state of Kansas because 43 deaths were attributed to his goat transplants. Undaunted, he sold the station (for a profit) and moved his radio operations to Mexico where he beamed his goat testicle transplant advertisements into the United States at 100,000 watts over the first "border blaster" station, XER (later XERA) in Ciudad Acuña.

On the (possibly) positive side, Brinkley's radio station not only provided a platform for Brinkley's views but also entertainment in the form of the very first country & western radio music; in fact, Johnny Cash was first introduced to his future wife June Carter while listening to Brinkley's station.

What's the matter with Kansas?[edit]

Meanwhile, his Mexican radio station started advertising a new therapy, mercurochrome injections and pills to cure impotence. (Mercurochrome is a topical antiseptic with a long history of safe and effective use as such, but it has no known use for impotence. The U.S. FDA removed it in the late 1990s from its Generally Regarded As Safe list as a topical antiseptic, mainly to throw out a bone to the anti-vaccination believers.)

In 1941 as World War II was getting underway, the Mexican government shut down his radio station for giving airtime to Axis sympathizers like Gerald Winrod and William Dudley Pelley, and he was out of business for good.

In 2016, a humorous documentary film was released on the life and times of John R. Brinkley, titled Nuts!.