From RationalWiki
(Redirected from Koolaid)
Jump to navigation Jump to search

A Kool-Aid drinker or True Believer[note 1] is someone who has imbibed deeply enough of the One True Faith to have seriously damaged their mental faculties — often irreversibly.[note 2] The term is originally derived from the beatniks' "acid tests", in which they would trick people into drinking LSD-spiked Kool-Aid, but is today inseparably linked with the cyanide-laced Flavor-Aide (a Kool-Aid knockoff) that the followers of (apparent cheapskate, among other things) Jim Jones were forced to drink in their mass "suicide" at Jonestown, Guyana in 1978, as immortalized in the Tulsa City Trucker's song, Jonestown Kool Aid.

In online discussions, accusations of "drinking the Kool-Aid" are often lobbed at skeptics by true believers. In particular, this goes for conspiracy theorists and political extremists, who will throw the term about with abandon at anyone who doubts whatever BS they are spouting. For example, survivalists will call anyone who isn't making preparations for the imminent collapse of the world as we know it "Kool-Aid drinkers" (and also sheeple). Believers in conspiracy theories about the Federal Reserve, the New World Order, or 9/11 will also call those who laugh at the insanity of such drivel "Kool-Aid drinkers". They don't seem to get that they, themselves, are far more in line with those who followed Jim Jones into eternity than those who are based in reality and have better things to do than bother with extremism. 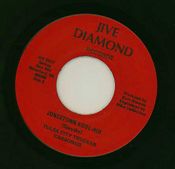 Before Jim Jones tarnished forever the reputation of the artificial beverage not preferred by astronauts when he chose it[note 3] as the medium for his cult's mass suicide, drinking Kool-Aid was associated with a different kind of departure from reality. Before LSD became illegal, garbage can-sized containers were filled with Kool-Aid, spiked with LSD, and given away free to heighten the experience of those who attended rock concerts at the Fillmore West. Accompanied by the music of Jefferson Airplane, the Grateful Dead, Big Brother and the Holding Company, and other bands of the psychedelic era, "electric" Kool-Aid transported many a concert-goer into alternate realities for eight or so hours of consciousness-expansion. This "special" beverage was immortalized in Tom Wolfe's book chronicling the long days and nights of Ken Kesey's band of "Merry Pranksters," The Electric Kool-Aid Acid Test.

In some software development subcultures, company employees are expected to "drink the Kool-Aid" and "eat their own dog food".[1] It is not a good combination.

"Don't drink the Kool-Aid" is often heard when, within their own in-group, a person is too willing to not be critical about a policy or argument from someone. For example, "don't drink the kool-aid" was often warned when former President Obama supporters saw everything he did as pooping rainbows. In this context, it is generally cautionary reminding people that even the good-intentioned make serious mistakes. It may also refer to the maxim "don't believe your own propaganda".

Be aware that there are those that claim to be Defenders, but are actually spies in the employ of the Godless Swine. These pseudo-Defenders are known as "nekots". Remember, everything a "nekot" does is questionable, and should not be trusted. All true Defenders will constantly be on the lookout for any and all information possibly leading to the Expulsion of the "nekots".