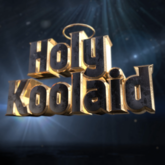 Holy Koolaid is a blog and YouTube channel created by Thomas Westbrook in 2015 in hopes of promoting curiosity and spreading freethought. According to the about page, it's "a movement to promote scientific skepticism, freedom of speech, thought, and assembly, and encourage freedom of (as well as freedom from) religion."[1] The show generally has a friendly approach, attempting to tear down walls and build bridges, in hopes of removing the stigma that surrounds atheism in much of the world. In an interview on the Naked Diner Podcast, Thomas stated, "I want Holy Koolaid to be about more than just religion… atheism just answers one question. I want it to be about freedom."[2]

Holy Koolaid releases videos (usually cartoons) every Saturday, covering a wide range of topics ranging from philosophy to religion to science in a series called Sapient Saturdays. Occasionally, Holy Koolaid also does live streams and interviews, and has had Hemant Mehta (The Friendly Atheist) and the street epistemologist Anthony Magnabosco on the show.[3] Within six months of Thomas becoming a full-time YouTube activist, Holy Koolaid went from a few hundred to over 22,000 subscribers, with almost 1.5 million total views.

In late 2016, David Smalley, of the Dogma Debate podcast, had a debate with Pastor Matt Slick about morality.[4] When they opened the debate up for questions, Thomas Westbrook asked Pastor Slick the same exact question that led Slick's daughter away from her faith:

"If God was absolutely moral, because morality was absolute, and if the nature of 'right' and 'wrong' surpassed space, time, and existence, and if it was as much a fundamental property of reality as math, then why were some things a sin in the Old Testament but not a sin in the New Testament?"[5]

Thomas then made a response video on Holy Koolaid refuting Slick's reply. The video was picked up on Patheos by Hemant Mehta,[6] and has received over 400,000 views.

The transcripts to each video are usually added to the site in blog format, and the host, Thomas, also enjoys engaging in meme warfare by making funny memes about religion and atheism. Thomas expressed via live stream that he wants to create a variety of useful resources for the secular community.[7] Shortly afterward, he created a page on his blog with a list of atheist communities to help non-believers get connected with local secular groups.