In 1997, a man going by the name "Mel Waters" discussed the hole in a series of interviews on Coast to Coast AM talk radio. Waters did not reveal the exact location of the hole, but claimed it was within the boundaries of land he had purchased near Ellensburg, Washington. According to Waters, the hole had been used as the local garbage dump for generations, but showed no signs of filling up, and nothing could be heard hitting the bottom, even when dumping large items such as broken farm machinery or dead livestock.

Tales of paranormal phenomena are connected with the hole, most notably the story, recounted by Waters, of a man who dropped his dead dog into the hole, only to encounter the same dog alive and above ground, while on a hunting trip nearby some time later. The hole is also associated by some with the Hollow Earth Theory.

Although some locals recalled childhood memories or stories their grandparents had told them of a hole that never filled up, others denied ever hearing of it before and believed the whole hole thing to be a hoax. Since an 80,000 foot hole would be the deepest known abyss in the world by a very long margin,[1] Waters claimed that the local university discussed undertaking academic research into the hole, but no such research was ever recorded or published.

Search parties of hole enthusiasts completely failed to identify the whereabouts of Mel's Hole, and local residential and electoral documents were found to show no record of anybody by the name of Mel Waters.[2][3] 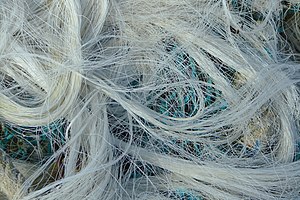 For some reason this is the part of the story most people fixate on, perhaps because it's the most absurd. Waters claimed that, since acquiring the land, he had attempted to measure the depth of the hole with lengths of fishing line that he purchased in large spools, and found it to be over 80,000 feet deep (more than 15 miles), this being the maximum length of line he had lowered into the hole. It's unknown how an 80,000 foot hole could exist without the sides collapsing or, for that matter, how Waters knew that the end of the line did not reach the bottom of the hole and start piling up on the hole floor, or how the line could survive tremendous pressure and heat from the surrounding strata at that depth.[4][5]

In later interviews during the early 2000s, Waters revealed that he had sold the property containing the hole, and still would not confirm its location. He also told various rambling anecdotes and similarly "true" stories about other mysterious occurrences that had happened to him at other times and in other places,[3] which don't sound made up at all: 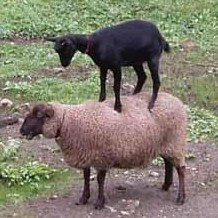