From RationalWiki
(Redirected from Osteopath)
Jump to navigation Jump to search

Osteopathy is the discipline of (theoretically) treating disease by stimulating the body to heal itself, with a focus on manipulating muscles and bones. The idea that the body can be cured by manipulation has never been demonstrated in any scientific journal and is essentially woo.[1]

The nature of osteopathy differs from one country to another. In the United States, the separate but related field osteopathic medicine is practiced by Doctors of Osteopathic Medicine (DO) (also known as osteopathic physicians) who, for almost all purposes, are indistinguishable from Doctors of Medicine (MD). They have the legal and medical authority to diagnose and prescribe, and U.S.-trained DOs are recognized as medical practitioners in most other countries. Education and training for a DO is the same as for an MD, supplemented with training in "hands-on manual medicine",[2] which is also known as osteopathic manipulative medicine (OMM). In other countries osteopathy is a form of alternative medicine and its practitioners are not considered physicians in the conventional sense. This article focuses mainly on osteopathy in its alternative medicine sense. 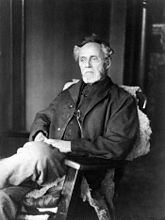 Osteopathy was created by Andrew Taylor Still, an American physician, in 1874. He believed that it was possible to treat disease solely by manipulating a patient's bones and muscles. There is no evidence that Still had any medical training, other than some time spent treating Native Americans with his missionary father.[3]

Still believed that subluxations of the vertebrae (i.e. alleged subtle misalignments of the spinal column) had wide-reaching consequences on the rest of the body; in his autobiography, he claimed to have reversed balding via spinal rubbing.[3] He believed that each blood cell had an intelligence of its own and that he himself was clairvoyant.[4]

Over time osteopathy developed to encompass a more complete approach to human health; beginning in 1913 osteopathic schools began including pharmacology in their curriculum.[5]

In 1958, Still's name was removed from the "constitution" of the American Osteopathic Association (AOA), following most of his peculiar teachings.[6] In 1960, the AOA officially changed the names of the profession from "osteopathy" to "osteopathic medicine" and of its practicioners from "osteopaths" to "osteopathic physicians and surgeons", the former terms "reserved for historical, sentimental, and informal discussions only".[7]

The degree of a osteopathy/osteopathic physician had three different names throughout the profession's history, which were always abbreviated "DO": it was at first a "Diplomate in Osteopathy"; in 1900 it changed to "Doctor of Osteopathy" and, in 1993, as osteopaths wanted to show they were in almost all respects equal to MDs, to "Doctor of Osteopathic Medicine" (although there was still some resistance to the latter term as of 2014).[7]

Actual distinction between DOs and MDs[edit]

The American Osteopathic Association (AOA), the main body regulating and representing DOs in the United States, tends to overstate the minor differences between DOs and MDs, by stating the usual alt med talking points: (in common with all branches) that DOs are "more holistic" than MDs, that they focus on the whole person instead of just the disease and that it encourages the body's natural tendency towards good health; (in common with chiropractic) that musculoskeletal system is central to the patient's well-being and that OMM is indicated as a treatment for many diseases; (in common with "integrative medicine") that combining osteopathic medicine with all other techniques available gives DOs the ability to provide "the most comprehensive treatment available".[1][8]

The reality is that there is so little difference between MDs and DOs that many believe both should merge.[1] However, according to Stephen Barrett, the percentage of DOs who are involved with dubious practices is higher than that of other medical professions.[1] John Rehner estimated in 2000 that 1% of MDs and 10% of DOs were involved in quackery.[9]

William G. Sutherland, a DO, invented the field of craniosacral therapy.[1] Although not many DOs actually practice the stuff, its ideas are taught in osteopathic schools and the AOA treats it as legitimate, citing Sutherland material as well as writings by other defenders in its "Osteopathic Literature in Print" and co-sponsoring a 40-hour course on craniosacral therapy.[1]

Although the AOA has condemned the practice of chelation therapy, the percentage of DOs promoting it seems to be four to five times bigger than MDs per the calculations of Stephen Barrett.[1] One of those DOs is a former president of the AOA.[1]

Salzberg notes that students enrolling in colleges of osteopathic medicine tend to have lower grades than those in "regular" medicine,[10] although on the other hand he also notes that this only applies in research rankings, not in primary care, where one osteopathic college is in the top 10, and that at the residency stage both DOs and MDs both enroll in the same programs.[11]

The osteopathic medicine community uses the term "allopathic" to refer to medicine practiced by MDs, which Salzberg calls an "element of hostility" towards them. He urges the community to cease using the term, as it "is divisive and misleading".[11]

The concept of osteopathy as an alternative medicine approach is claimed to be based on four primary principles:

Based on those, the idea of healing the entire body is done by manipulating the structure of the body, which in turn directly affects the function of the body. If the patient is suffering from cancer, it is claimed that it is not enough to provide the patient with pharmaceuticals, one must "help" the body's structure so it can function better, and be ready to heal from the cancer. For example, the movement of lymph through osteopathic techniques such as the lymphatic pump may improve the circulation of anticancer drugs.

Types of manipulation and intervention[edit]

See the main article on this topic: Systems thinking

The principal principle of osteopathy is that most, if not all, disease comes from disorders of the musculo-skeletal system. This is similar to claims made by almost all practitioners of alternative medicines: holisticism, or the belief that the entire body is somehow connected. Holistic practitioners argue that conventional medical science reduces patients down to their symptoms and fails to take into account the whole of the person. This is, of course untrue[citation needed], but when confronted a convenient escape hatch employed by advocates of osteopathy is that the practice includes spirituality as a factor of the whole patient.

OMM, which as stated early is what distinguishes a DO from a MD, has been called into question. Two studies published by John C. Licciardone, one published in the Journal of the American Osteopathic Association and another in an "allopathic" journal, showed no added benefit of OMM over the placebo effect for postoperative knee arthroplasty (where it was actually worse) and chronic low back pain.[13]

Brian Bledsoe states that osteopathic schools incentivate a doublethink by teaching the practices of evidence-based medicine on one hand than, on the other, telling students to put them aside and believe in OMM.[13] Indeed, OMM is what osteopathic medicine still has most in common with the old practice of osteopathy, i.e., the pre-scientific ideas of Andrew Taylor Still.[13] Bledsoe also notes that, at the time he wrote the letter, there had been no debate on the "allopathic" study inside osteopathic medicine circles.[13]

Steven Salzberg has called it "'extra' training in pseudoscientific practices",[10] noting that the AOA "claims [it] can treat such problems as asthma, sinus problems, and menstrual pain. These claims strain credulity".[11]

William T. Jarvis stated that OMM can help muscles to relax, but not "realign muscles and bones", an assertion present in an American Osteopathic Hospital Association pamphlet that Jarvis claims is a relic of osteopathic medicine's past.[9]