From RationalWiki
(Redirected from Québec)
Jump to navigation Jump to search 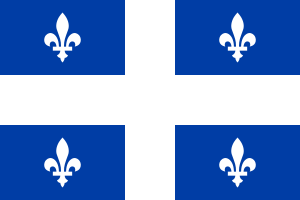 Kébeckistan or, to politically correct liberals, "Québec", is Canada's only predominantly French province (culturally and linguistically), and home to Arcade Fire. This naturally leads to a certain degree of tension between Québec and the rest of Canada (which is predominantly English-speaking), in the form of Québec separatism which has manifested from violent (see the Communist terrorist group Front de liberation du Quebec/Quebec Liberation Front) to gradual attempts (see the 1980 and 1995 Quebec independence referendums and Parti Quebecois)

In 2013, Premier Pauline Marois' Parti Quebecois minority government proposed legislation which would limit on-the-job religious expression by public employees, forbidding them from wearing obvious signs of religious practice. Had the proposed law pass, this so-called "Charter of Values" could have led to other provinces and possibly Americans experiencing a bump in applicants for nursing and other skilled people who wear hijabs, turbans, and yarmulkes.[3] Meet the iron law of institutions, Premier Marois.[4] The proposed legislation was killed when the Premier called an early election in 2014 that dramatically backfired, with the PQ losing nearly half of its seats in the provincial legislature. A similar proposal was then adopted by Premier François Legault from the CAQ (Coalition Avenir Québec) and became the Law 21 which bans ostentacious religious signs from government employees with coercision power like judges, provincial police officers, prison guards, procecutors and, with much more controversy, elementary and secondary school teachers (but not support employees and administrators)[5]. While the law is very popular in the general population, it's manner of promulgation and its inclusion of teachers amongst the targetted group has raised serious concerns over religious freedom in the Province.