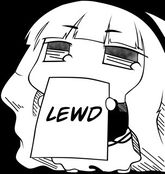 Sorry to disappoint but no snuff here.
A snuff film is a video explicitly produced and distributed for entertainment purposes in which participants are murdered on camera. Ed Sanders coined the term in 1971 in his book The Family: The Story of Charles Manson's Dune Buggy Attack Battalion, in which he claimed that the Manson Family had used a stolen NBC-TV camera to record videos of their murders and then buried them in the desert. Their existence is, according to the FBI's definition, an urban legend.[1] Regardless, the press will often use the term 'snuff film' as shorthand for the filming of murder in a wider variety of contexts.[2] They are not to be confused with crush films, which usually involve the killing of small animals and are, sadly, not an urban legend.[3]

Before he became destitute, Al Goldstein, publisher of Screw magazine, had a standing offer of $1 million for anyone who could come up with a commercially sold snuff film. That offer was in place for years, and no one laid claim to it.

Although the production of snuff films is illegal and non-existent[1], media containing real deaths aren't illegal in many places[note 1], as evidenced by the ready availability of the Zapruder film

containing footage of John F. Kennedy's assassination. (Murder, however, is illegal, just in case you didn't know that. [citation NOT needed]) Therefore, the Internet has a decent amount of fully legal videos and pictures of death for sadists, with content ranging from accidents and freak incidents (such as the televised suicide of R. Budd Dwyer) caught on tape, to the "home videos" of murderers, to filmed executions carried out by terrorist groups and drug cartels. These videos are not considered snuff films, as they were not created with the intent to profit off of them. Accident videos are citizen journalism in action, the home videos of killers are usually intended as morbid keepsakes and were never meant for circulation (they are often leaked after a killer's arrest), and execution videos are meant to send a message to a group's enemies.

Popular websites of said content include, but are not limited to, Bestgore and Gurochan. A subreddit called /r/PicsOfDeadKids also exists for legal viewing in many countries (albeit quarantined by Reddit). Before the internet, the Faces of Death shockumentary series often compiled many such videos, combined with a heaping helping of fakes.[1][4]

The closest one could get to a commercially-produced snuff film made for the purpose of (morbid) entertainment would be those so-called crush fetish videos involving (small) animals being trampled to death to sate the craving of sick lunatics.[3] To no one's surprise, a couple in the Philippines who was behind a series of crush videos were arrested and given a life sentence[5] for what obviously amounts to animal cruelty; not helping matters was the involvement of minors who were coerced into performing such acts.

Before the internet, many exploitation films

were thought to be snuff films, such as the Italian film Cannibal Holocaust and the Japanese Guinea Pig movie series. The makers of Cannibal Holocaust had to bring the actors onto a talk show in order to prove to a court that they hadn't actually been murdered[6], while the second installment in the Guinea Pig series, Flower of Flesh and Blood, led Charlie Sheen to call the FBI to report it as such.[7] Invariably, these movies turned out to be 100% fictional.

There have been many attempts in the past to market films based on those rash assumptions, though. One of the most infamous was the 1976 horror film Snuff[1][8], a reedited version of the 1971 film Slaughter by the husband-and-wife team of grindhouse filmmakers Michael and Roberta Findlay, which was judged to be so bad as to be unreleasable. With a new tagline of "the film that could only be made in South America... where life is CHEAP!" (it was originally filmed in Argentina) and a new ending depicting a pretty young production assistant getting murdered "for real"[9], Snuff got the notoriety that Slaughter never could despite both being terrible films. Gratuitous, excessive, realistic gore has always had a market, and there will always be one until people learn to stop being horrendously sick fucks.