A red room is a composite urban legend. It is allegedly a hidden website or service on the "dark web" where you can see and/or participate in interactive torture or murder. It is essentially the snuff film legend retold for the YouTube era. It is similar to other moral panics involving the so-called dark web in that it was made popular by uncritical reports provided by both traditional and social media. The phenomenon is an example of the Woozle effect

, where publications are continuously built upon misleading citations. According to technology writer and researcher Eric Pudalov, red rooms do not exist: "It's near-impossible to stream live video over the Tor network (or even other anonymity networks like I2P and Freenet). So, that would render a service like a red room (i.e. a site that streams live torture and murder) impossible, and certainly not profitable."[1]

According to Pudalov, websites presenting themselves as red rooms are, in fact, scams aiming at stealing bitcoins. However, videos with illegal and ultra-violent content, such as the infamous Daisy's Destruction, by the notorious child pornographer Peter Scully

Conceptual predecessors in film and TV[edit] 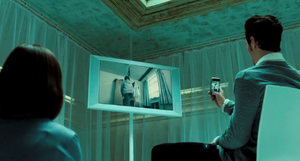 A blue 'red room' from the film 'Chatroom'.

The name "red room" may also be a pun on "redrum", the backward spelling of "murder" (made famous by Stephen King's The Shining

and its film adaptation).

In the early 2000s, the red room animation[4] went live, becoming infamous in Japanese internet communities for a popup it produced asking 'Do you like —?' This was further cemented into the Japanese consciousness by the real-life Sasebo slashing

perpetrated by a girl who had played the game.

, and viral Facebook images have often promised deadly consequences for the recipient or another person should they fail to pass on their message within the specified constraints.[5] And yes, this has been made into a film too

Live-streamed suicides such as on the defunct justin.tv used to create media coverage in the mid-late 2000s.[6]

In August 2015, Facebook and Twitter's default video player settings led many users to witness a murder uploaded by its perpetrator just minutes after it had occurred due to the platform's autoplay settings.[7]

The role of social media and suicide

is increasingly in the news, associated with online bullying, trolling, and voyeuristic elements, as well as some interventionist involvement. Directed harassment of this nature may be known as cyberbullicide

Both Periscope[9] and Facebook live streaming have featured such use.[10] In 2016, Facebook live was even used by terrorists for a propaganda broadcast.[11]

Why people look for this stuff[edit]

In June 2014, psychologist Bridget Rubenking of the University of Florida released a study into the different forms of disgust, its involvement in memory formation, and the psycho-physiological responses elicited. The study distinguished between 3 types of disgust:

Undergraduates were shown representative clips of media while having their heart rates, sweat, and facial expressions measured.

It determined socio-moral disgust varied in many different ways, such as eliciting a slower reaction likely due to the increased neural processing required. Additionally, increased attentiveness and 'defensive' physiological response were detected.[14][15] Lowered memory of the events before the point of disgust elicitation and increased following were also reported as the fight or flight 'freeze' response is initiated.

As such, it's hypothesized that people have various motivations to seek out disturbing content, real or otherwise, and that use of disgust in media increases its engagement potential.[14]

To borrow the words of the Internet axiom: "What has been seen cannot be unseen".[16]

With the rise of social media jihadists, beheadings

of western journalists by ISIS were increasingly in the news, videos spreading simply via Twitter and basic social media channels, have created a sickening association between the Internet and images of gruesome death. Technology has even reached a point where murder has been live-streamed to Facebook.[17] From Rotten.com to contemporary sites like Know Your Meme

[16], people are increasingly obsessed with seeing death on the Internet.[18] 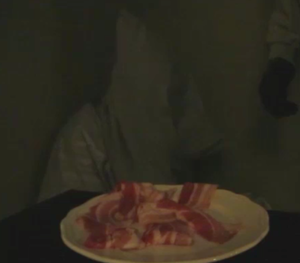 The earliest driver of the speculation was like a hidden web service called 'The Human Experiment,'[19] accessible from the early days of Tor. You'll also see speculation about gladiatorial fights to the death,[20] human-hunting,[21] and human trafficking.[22]

Since the popularization of the dark web myth, people have sworn they have 'stumbled' upon red rooms, or that their friend's cousin who totally works for the NSA saw one. Other users like to 'warn' users that while they personally cannot vouch for their existence, that they should be careful because they are 'unfortunately real'.

The alleged existence of such websites is perpetuated by YouTubers such as Takedownman and their fraudulent testimonials,[23] as well as a vast number of intrigued would-be-fans on social media forums.[24]

With the rise of Creepypastas

like 'The Suicide Show', which provide first-person narratives of purported experiences,[25] a whole slew of ‘Deep Web True Stories’ can be found online, all as cookie cutter as each other. These often entail a hapless netizen deciding to check out the dark web because it sounds ‘interesting’, or for some reason or other that usually involves buying drugs or porn, then they somehow stumble into a Red Room — ignoring the fact that if such a thing did exist, it’s highly unlikely whoever ran it would leave it open to any random explorer — then see murder, and get stuffed into a van by ‘Russians’ or masked men to become the next Red Room star where they either die or have parts of their body hacked off — a true whistle-stop tour of the dark web, apparently! Often fake top level domain names will be required for access.

The 2016 indie horror title Welcome to the Game features the player going into the dark web in a quest to find a real red room, encountering many other fictional dark web tropes along the way.[26]

In August 2015, there was a minor social media buzz when an advertisement for a "Red Room" was spread via Reddit and other channels with a countdown to the release of a video that would allegedly depict the live execution of ISIS prisoners. What was delivered instead was a troll video and a fake FBI take-down notice.[27][28]

Site from some time in 2015 with creepy sounds playing and a countdown. ooOOOooo[29][30] Formally located at 5fpp2orjc2ejd2g7.onion, now closed.

Yes, a custom browser is required, such as tor, i2p, or dat:// based browsers. 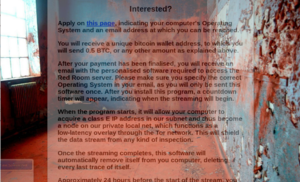 The site features top-end security like disabling mouse clicks and a stock image background.[31] The background image is rotated from time to time.

A blogger's interview goes into further details of the scam.[29]

There is a common copy and pasted scam site that imitates a red room and occasionally says the show will begin in an allotted amount of time, generally around 2 hours to 6 days. If you click the "Join" button, near the bottom of this page will be the bitcoin wallet key of the scammer with offers such as "spectator", "commander" and "master" each with different levels of 'control' though as this site is a scam they are fakes. They also offer the ability to download the last stream for 0.2btc though that is also fake. Images of the fake red room can be found here.

Blogger Secrets of the Dark continues to index even more such scams.[32]