U.S. Immigration and Customs Enforcement, commonly known by its initials ICE, is an agency of the Department of Homeland Security tasked with enforcing the United States' immigration laws. ICE does not patrol the US borders; that task is handled by its sister agency, the United States Customs and Border Protection.[1] Instead, ICE is responsible for arresting, detaining, and deporting undocumented immigrants already within the United States.[2] Under the presidency of Donald Trump, the agency has become unreasonably aggressive in its task of removing unwanted individuals to the point that it has become responsible for an ongoing human rights fiasco.[3] It wasn't all Trump's fault, however; ICE's abuses against undocumented immigrants happened under President Obama's watch as well.[4]

Recently, there are disturbing reports that ICE has allowed forced hysterectomies to be given to female detainees,[22] promoting massive public outcry, and drawing comparisons to China's own ongoing mass sterilization campaigns.[note 2]

Under the Freedom of Information Act, The New York Times and the American Civil Liberties Union obtained documents revealing 107 deaths occurring in ICE custody from October 2003 to 2007.[23] These deaths included a man who was left in an isolation for 13 hours following a head fracture, a man who committed suicide after being denied painkillers following a leg surgery after a motorcycle accident, a woman who did not receive treatment for a uterine fibroid tumor, a man who did not receive treatment for a kidney ailment, and a woman who was denied treatment for pancreatic cancer for several weeks.[23] Since 2007, that number has gone up to 188, with 22 deaths occurring in the last two years.[24] Of the 24 individuals to die during Trump's term in office, it has been concluded that at least six of those deaths were caused by the agency's failure to provide adequate medical care.[25] Trump has exacerbated the problem of deaths occurring in ICE custody. 2017, his first year in office, saw 12 detainees die in ICE custody, the greatest number since 2009, Obama's first year in office.[26] Clara Long, a senior researcher for the Human Rights Watch has said that, "ICE has proven unable or unwilling to provide adequately for the health and safety of the people it detains. The Trump administration’s efforts to drastically expand the already-bloated immigration detention system will only put more people at risk."[26] 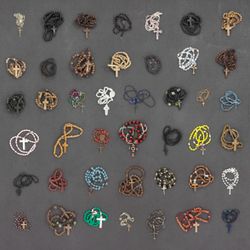 While the Trump administration touts its commitment to "religious freedom,"[27] both ICE and the Border Patrol frequently and intentionally violate the religious rights of their detainees. Egregious examples of these abuses include feeding nothing but pork sandwiches to a devout Muslim once every eight hours,[28] punishing Sikhs for wearing head coverings and forcing them to pray near toilets,[29] and repeatedly denying prayer services and religious texts for Muslims on the justification that "This is Glades County!"[30] This conduct is not limited to Muslims and Sikhs; Christians as well are consistently denied access to religious materials, services, and clergy.[31] There are also reports of guards mocking Christian detainees for praying.

These violations of fundamental rights are unnecessary for any security purpose and appear to be intended as a means of harassment and a means of pressuring detainees to give up on their case and accept immediate deportation rather than to wait out the results of their case.[32] The US government has previously acknowledged how important religion can be for prisoner morale, mental health, and rehabilitation; what ICE is doing is illegal under the Religious Land Use and Institutionalized Persons Act of 2000, which guarantees religious rights for all prisoners in the United States, whether documented or otherwise.[33]

In February 2019, the DHS Office of Inspector General reported that ICE had not been holding private contractors accountable for issues at their detention centers, issuing only two fines in 14,003 cases between October 2015 and June 2018 that included sexual assault, use of tear gas and so on.[34][35]

ICE has also proven to be dangerously vindictive. When citizens in several North Carolina counties elected sheriffs who agreed to the the termination of 287(g) cooperation agreements with ICE that notify federal agents of the immigration status of detained individuals, ICE retaliated with a five-day crackdown in those counties' 200 people, 60 of whom ICE had previously held no interest in.[36] This was done to cause maximum chaos in order to punish the citizens and sheriffs of those counties for refusing to comply with ICE's draconian anti-immigrant measures. ICE also punishes detainees who have the temerity to cooperate in legal cases against them. Such was the case of several Iraqi detainees, who were ACLU clients, in Arizona who were told they were about to be released, only for their guards to reveal mid-charade that they were actually only being sent to a different ICE facility.[37] This was an intentional and cruel form of psychological punishment.

Perhaps the most frightening aspect of ICE's enforcement procedures for everyday US citizens is their policy of launching mass raids against anyone who looks too brown to be a real American. This has been a fact of ICE since the mid-Bush administration. In 2006 ICE started using the excuse of investigating "document fraud" to raid workplaces across the country with ridiculously heavily armed agents.[38] President George W. Bush publicly announced his desire to purge America of all illegal immigrants, directly causing 2008 to be a record year for workplace raids, with 6,287 arrests.[39] Obama issued a series of executive orders to focus ICE on dangerous criminals, but Trump's "zero tolerance" policy reversed that to target potentially any illegal immigrant.[40] ICE raids are traumatic events for the communities they target, as ICE rushes in with military equipment and helicopters to whisk away hundreds of people, leaving jobs empty, families torn apart, and local organizations straining to return things to normality.[41] Although it seems logical that ICE should first go after dangerous criminals, the agency instead targets so-called "low hanging fruit": people without criminal records who visit ICE for routine check-ins in the hope of earning citizenship[42] or testify against criminals in court.[43] The effect of ICE raids is widespread fear among immigrant communities and a complete withdrawal from civil and social life.[44]

ICE also runs roughshod over the law. In the wake of Trump's "zero tolerance" policy, ICE and CBP agents have taken the law into their own hands by ignoring and violating court orders, denying access to legal counsel, and forcing people to sign documents they have not read.[45] ICE also arrests DACA beneficiaries who are here legally and conducts unwarranted raids in defiance of the Fourth Amendment.[46] Increasing aggressiveness in raiding has resulted in ICE casting a pall over immigrant and minority communities with the threat of "collateral arrests", or arrests of individuals not actually targeted by the raid but who happen to have the wrong skin color.[47] Even more absurdly, ICE has taken to arresting people while they are in the process of applying for citizenship, a counterproductive policy that discourages people from complying with the law.[48][49] Even legal immigrants are now afraid to visit government buildings, as they are afraid that the ICE agents loitering outside are there for them, too.[50] ICE uses intimidation tactics against US citizens associated with their targets in the hopes of circumventing constitutional rights and getting away with misrepresenting the law.[51] Widespread racial profiling and aggressive raiding has led to ICE mistakenly arresting almost 1,500 legal United States citizens as of 2018, with ICE agents ignoring and mocking detainees' rightful claims of citizenship.[52]