Ah, so you're with Ace. Is this place going to turn into an AA meeting then :p? Welcome to RW, the igloo of the internet!

pathetic 12:26, 22 May 2009 (UTC) No. we have become members of alcoholics unanimous. We have a support group. If one of us rings and says he does not want a drink we send a team round to advise otherwise. 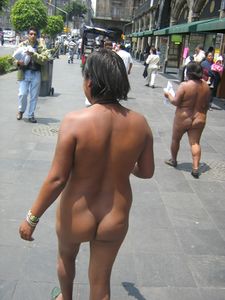 I've known a number in my time and I would say without question that they were lovely. Generous to a fault.Rad McCool 04:11, 5 June 2009 (UTC)

I say to you fourth; if a sorceress dwell,
A witch by the way side,
It is better to leave than to be her guest
Though night fall on your faring.
— Sigrdrifumal

Next time we get together lets hope its under better circumstances. Like dinner at mine Saturday? Ace McWickedi9 09:57, 17 June 2009 (UTC)

I love you page comment about Geoff, fucking funny. Check this "The Bells" mix

Just watched that on youtube. Can't get enough of the original "Strings of life", that brings back memories (or it would should I have a memory left from those times). Rad McCool 02:48, 28 June 2009 (UTC)

try this then, memories....Off to the wards now

Get Leon to try this next time you see him.....skip forward to the 4:00min mark and watch the next 2 minutes. Fucking outlandish.

I have read it, filed it appropriatly and replied with one as equally unimportant. Rad McCool (talk) 04:38, 3 August 2009 (UTC)

Did you guys manage to go fuck yourselves in between your interwebs doodling?

I'm sauced on corn liquor, friend. No need to talk down to an armed man.

It's cool. I'll fuck you silly with my mad white boy rap skillz one day. Until then check out this dope track:

I have to go out soon, dinner plans and drinking plans but you'll get a kick (and some learnings) out of these vids...
check them out, each one is about ten minutes long so in total its a doco and really interesting to watch. Enjoy and there are more I can send. Ace McWickedModel 500 03:39, 8 August 2009 (UTC)

Geoff isn't one of us.[edit]

I am watching Carl Sagan doco's on Youtube. Alo got Life in the Undergrowth for later. I love Attenborough sundays. Ace McWickedModel 500 05:35, 13 September 2009 (UTC)

Attenborough IS Sunday. I have that Adam Beyer on vinyl. Try this one also. Skip to a minute in.

Its that "F.A.C.T 3" album. Man, we thrashed that album. I remember thinking the speakers were on fire but it just turned out to be a hallucination. Which were common in those days. Remember when you nearly caved my skull in when that NOS canister blew out of the charger? Left a big hole in the wall as I recall. Ace McWickedModel 500 05:54, 13 September 2009 (UTC)

I recommend Crash, the J.G. Ballard one with James Spader. ħuman

Haha, yes Crash, I am familiar with it. As for the article, I was going to place it in the saloon but am never quite sure what should and shouldn't go in there.Rad McCool 03:45, 22 October 2009 (UTC)

Anything of general interest goes there. There really aren't any rules, so don't be afraid. ħuman

You can dopplegang my balls, because you look like both of them. Gobbler.

I will tell you this before I collapse into a heap of drunken shit and puke: I CAN'T WAIT TO GET TO FUCKING NZ TO VISIT YOU FUCKERS AND GO TROUT FISHING IN THE TONGARIRO PARK AND DRUNKCAMPING WITH BOOZE AND DRUGS AND RUCKSACKS AND MY FELLOWS. You are lukcy fuckers, you (I'll expect you to get closer than the 30cm the last one made you from the last quake, Rad). Please save me a spot for the Fall (your time). And please to see:

Spare rooms here for ya Nutty. Right, I am geting my drunk on and this takes effort. I need to concentrate. AceMcWicked 07:08, 24 October 2009 (UTC)

Sounds good to me. I need to get back there more often anyway. Will be home for three weeks in Feb but need to go home more, Ace needs me. Now, the gin, where has she hidden it.Rad McCool 07:24, 24 October 2009 (UTC)

Your women. They punish. PPS eat this fuckers:

Merry Xmas and have a safe and happy new year! Be cool.

All the staff at McWicked Co. wish you a merry christmas.