I have tired of MC's trolling. As such, I have decided that from now on, I am protecting my user talk at "autoconfirmed" level. This means that, regrettably, IP's or users who have been here for less than five days will be unable to edit it. I'm sorry for this inconveniance, if you need to reach me, please go here. If you are MC, please go here. Thank you. --The Emperor Kneel before Zod! 22:00, 17 September 2009 (UTC)

Marcus Cicero will do as he always does and go away eventually. But, the people here just need to quit feeding that goddamn troll first.Punky Your mental puke relief 22:11, 17 September 2009 (UTC)

Eh, fuck it. I've had it with him soiling my talkpage. This way he is much less noticeable, so I don't have to actually spend effort or energy ignoring him. --The Emperor Kneel before Zod! 22:12, 17 September 2009 (UTC)

And I agree he belongs in the vandal bin. The vandal bin was created just for people like him and Fall down.The Spikey Punk I'm punking my punk! 00:30, 18 September 2009 (UTC)

When I say annoying I mean disruptive, hating and someone who does RW no good by being around. Why bother with him. I'll support you in any challenge to him being released. Ace McWickedModel 500 00:31, 18 September 2009 (UTC)

As will I; especially since I put him there to begin with for picking fights with you.Lord of the Goons The official spikey-haired skeptical punk 00:32, 18 September 2009 (UTC)

As much as I hate to say it[edit]

MarcusCicero is right. Reverting him, vandal binning him and protecting your talk page will only make things worse. -- Nx / talk 20:24, 19 September 2009 (UTC)

(ec)I disagree. This way, he cannot troll me any longer. It would be like a general ceding land in order to gain a more defensible position. So, in exchange for a temporary victory for him, I now am perfectly safe from him and his hate speech. I think it is a fair trade. --The Emperor Kneel before Zod! 20:27, 19 September 2009 (UTC)

Meh, he'll come back no matter what we do. There's no point in giving him free reign here, though, because that would just be asinine.AnarchoGoon Swatting Assflys is how I earn my living 20:31, 19 September 2009 (UTC)

You know wht would make things better? Him not being an a-hole. I tried to help the wiki give him a break, he keeps acting like a twit. Fuck him. Call me ban-happy, I don't give a shit. We don't need the grief. TheoryOfPractice 20:25, 19 September 2009 (UTC)

I heartily agree, ban the fucker. Of course, I wanted to ban him before wanting to ban him was cool :D --JeevesMkII The gentleman's gentleman at the other site 20:39, 19 September 2009 (UTC)

Actually, I just had a better idea. Can't we just give him rationalwikiwiki? Then he can bitch about us to his heart's content, and no one has to read it. Plus he doesn't have to lie about his girlfriend at another school secret forum for pointing and laughing at us, because he'll have a real forum. It's win-win. --JeevesMkII The gentleman's gentleman at the other site 20:42, 19 September 2009 (UTC)

No. I don't think so. But we should have a wiki for banned members, though, where they can bitch to their hearts content. Oh, and they should all be given bureaucrat powers to duke it out there. --The Emperor Kneel before Zod! 20:43, 19 September 2009 (UTC)

Since the only actual non-bot we've ever banned is TK, that'd be fairly interesting. The titans of antisocial behaviour duke it out. Who will win the irresistible git or the immovable twat? --JeevesMkII The gentleman's gentleman at the other site 20:52, 19 September 2009 (UTC)

I came across a site for people who'd been kicked off various wikis and forums where they could bitch to each other about their bans. Wish I could find it again. Totnesmartin 21:10, 19 September 2009 (UTC)

I know! let's buy the old Rationalwiki.oinfo domain and give it to them!Lord of the Goons The official spikey-haired skeptical punk 06:48, 20 September 2009 (UTC)

Don't be an ass about this.[edit] 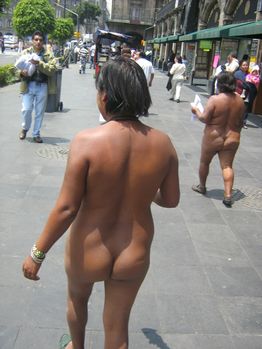 User:Gooniepunk2005/laboratory/squad I don't even need to use my lightsaber here!Punky Your mental puke relief 22:55, 22 September 2009 (UTC)

Since I am only an editor at RWW, I am unable to talk to you there about this there and have, thus brought it here. But, if MC wants to invoke the "you can't edit your own article" rule at RWW, that's fine. Let me know, and I will gladly undo his BS over there instead.Lord of the Goons The official spikey-haired skeptical punk 06:36, 26 September 2009 (UTC)

Surely RWW would be the perfect place for MC to express himself? ħuman

You might want to move this edit to the talk page? ħuman

I've said it before, but nothing changes. You are by far the worst member here by a country mile. MarcusCicero 22:33, 3 October 2009 (UTC)

So removing your user rights after you banned a member for an infinite period of time counts as being a "cp clone"? Explain, and fast, you have until I find the link to the vandal bin. --The Emperor Kneel before Zod! 22:34, 3 October 2009 (UTC)

Oh, did you de-sysop MC? I almost did, but it's so nice to have clean hands... no, seriously, his infinite blocks of ToP or whoever were ridiculous. But of course, ToP could unblock his fine self, so all I did was undo the blocks. Or has MC been up to more stupidity? ħuman

Why dont you send me an email?[edit]

Oh? I haven't been here very much recently. But really, is it necessary to give a troll admin powers? Not banning him is a somewhat defendable opinion, but sysoping him? That's insanity. --The Emperor Kneel before Zod! 20:10, 26 October 2009 (UTC)

It's not admin powers by any stretch of the imagination.

ГенгисYou have the right to be offended; and I have the right to offend you. 20:16, 26 October 2009 (UTC)
(EC)No, reseting the server and clearing the database are admin powers. The stuff that sysops can do basically can't cause any harm because they can be observed and undone by other sysops; crats can cause harm because they can change user rights. If he starts managing to abuse it, then it might get taken away. Until then, it's not a big deal at all.

Going by the "the rest of the internets says so" definition, admins are users on sites that have an elevated levels of privliges on a website. Sometimes called mods, but I digress. The powers you commented on require root access to the database, and it is very rare that multiple people have it on a website (I believe that Nx and Pi have it here in addition to Trent, but I'm not sure). — Unsigned, by: Theemperor / talk / contribs

That is the problem with not feeding the troll I suppose. Those who simply decided to ignore his abusive request did not respond. That left the way open to his feeders.--BobNot Jim 20:19, 26 October 2009 (UTC)

Either everyone abuses the shit out of MC every chance they get or I am leaving for good. Oh, I'll also leave if Nutty Roux refuses to suck my spleen. AceMcWicked 20:20, 26 October 2009 (UTC)

EC) "Any of you cunts want to make me a sysop?" followed by 4 or 5 not agin him - no concensus there. Sorry, Neveruse: MC's a tosser & should be desyssopped & vandal binned. I am eating

I don't recall it either so it's hardly consensus.

Why do some of you folks let MC get so far under your skin? ħuman

Feel free to do something more interesting. — Sincerely, Neveruse513 / Talk / Block 20:39, 26 October 2009 (UTC)
Because you can't hit someone over the Internets. Impotent rage + keyboard = shit like this. Look at you and RA back in the day. People can make a choice not to get riled, but because none of this bollocks has RL consequences, they generally choose otherwise. --Robledo 21:11, 26 October 2009 (UTC)

@Human - its not that he gets under my skin, its that it a disservice to RW to keep someone like him around. I have mentioned this fact several times. AceMcWicked 20:44, 26 October 2009 (UTC)

Well I think we can guess what the next RWW update will be about. Don't you GET it yet? Give him sysop. If he fucks around with it, then there's a clear case to remove it. If not... then what's the problem? Diving into HCM is just as trollish as anything MC does. –SuspectedReplicantretire me 21:30, 26 October 2009 (UTC)

That's pretty much my reasoning. There's no active harm you can cause being a sysop; if there was, undoubtedly the one or two CP editors who got sysopship here would have tried it or someone would have tried it for laughs by now. Until then, sysops are not a better class of user and if we're going to stop MC getting the position for being a twat, then I should reconsider most of our users promote them for similar offenses.

Its not even a case of having thin skin. Its simple hysterics. The basic problem is that thedictator sees sysopry as a kind of 'position' (He has said this elsewhere) Its that kind of attitude that you should be rooting out. Anyway, I find this entire episode to be absurd. Did I abuse my 'powerz' when I got them? I only wanted them for a laugh and will probably never use them. If you take sysopry so serious on a random internet website you really need to start re-evaluating your life. tis a strange think to get into an existential crisis over. MarcusCicero 21:46, 26 October 2009 (UTC)
(E/C)Exactly. If sysop meant CheckUser, 'crat, oversight, or anything like that, I'd vote against MC getting it. I'd also resign the gig myself. Right now, it allows nothing that can't be undone by someone else. Very quickly. –SuspectedReplicantretire me 21:46, 26 October 2009 (UTC)

MC makes a decent point above. But I'm sure people will be too blinded by screaming DFTT to notice.

Usually I would scream DFFT, but I agree on this one: he's dead right. And it's an attitude common to more wikis than just this one. –SuspectedReplicantretire me 22:09, 26 October 2009 (UTC)

There is nothing special to a sysop. Reminds me of when CUR got all high and mighty over his sysopship. Even being a 'crat hasn't much meaning. Unless you are Ace because Ace is the big daddy round these parts. Yeah, like that bitch. Ummmm good. AceMcWicked 22:15, 26 October 2009 (UTC)

Nothing special, unless you set out without in the best intests of the site in mind. Nx said above, and I think it bears repeating

Yes. Everybody deserves a second chance. –SuspectedReplicantretire me 22:24, 26 October 2009 (UTC)

I hate to enter into a debate late, but here's my two cents: We all agree that if MC abuses his powers he will be perma-banned. The amount of damage he can do before he is stopped is relatively minimal. That said, I don't see why we need to get so riled up about him. At least give him a change to play by the rules, like we give everyone else. Tetronian you're clueless 22:36, 26 October 2009 (UTC)

"We all agree that if MC abuses his powers he will be perma-banned" - no we don't. Just that he will be promoted. ħuman

@ Bob - yeah I realize that we are going in circles. But hey, the best part about RW is that we have reasoned discussion, even though we sometimes do revert to unintelligent arguing.
@ Human - ok, maybe not perma-banned, but at least promoted back to user. The point is, no one is going to let him stay a sysop if he abuses his powers. Tetronian you're clueless 22:48, 26 October 2009 (UTC)

So perhaps we can compromise: give MC some of the sysop privileges, not the ones that can be used to do lasting damage. I don't see why he would need those privileges anyway. Tetronian you're clueless 23:47, 26 October 2009 (UTC)

Its not a privilege you dud. Its not my fault that you see being a sysop on a random internet website as some kind of 'achievement'. How pathetic. MC.