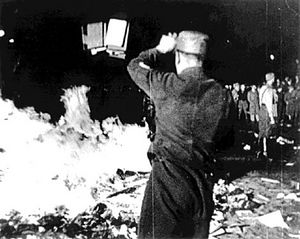 Book burning is done to express condemnation of the content of certain books (and often also music in the form of LPs or CDs) by piling up the books in question and starting a bonfire with them. It is a symbolic expression of censorship. Sometimes book burning is not merely symbolic but a real attempt by a government to remove all copies of books opposed by the government from circulation by destroying them.

The irony is that while burning books is an act of freedom of expression, it is done in opposition to others' use of the same freedoms, and such events are usually viewed as noxious by the general public. The end result is usually negative publicity for those holding the book burning, although publicity of any sort and getting people riled up is probably what they had in mind in the first place.

While in modern times book burning is largely a symbolic act, in centuries past it was a means of completely erasing human knowledge and opinions. Before the printing press, many copies of the written word were unique, and burning them therefore rendered the contents lost forever.[note 3] 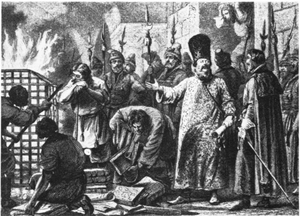 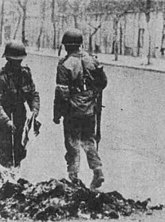 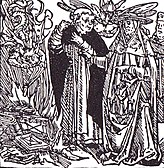 See the main article on this topic: Sikhism

Sikhs sometimes burn their own holy book, the Guru Granth Sahib (or just "Granth"). Sikhs believe the Granth to be an incarnation of their final guru, and hence treat it similarly to a living person. In Sikhism, when a person dies the preferred funeral method is cremation. Hence, when a copy of the Granth becomes unreadable it is considered to have died. Thus, the Granth is burned in a special ceremony.[27] In this case it is more like book cremation than book burning.

In order to cut down on stock, libraries sometimes burn books. Although it may be obvious that outdated phone books and other such materials are burned, antiques are sometimes also burned. They cannot simply give the books away in most cases, as any indication of which library the book came from will result in someone trying to return the book down the line.[28]

Outside of libraries, book-burning is necessary for soldiers overseas due to the limited space and lack of return options. Sending them two boxes of your books — instead of, you know, actually useful supplies — in order to self-promote is not recommended.[29]

Instead of burning books[edit]

Burning books is wrong. Instead, you should have them taken out and shot.[30] (Banks in fact still has the copy in question.)[note 8] Even though they're cheaper, burning e-books is not recommended.[31] Consider reselling, gifting/donating, or reusing or recycling unwanted books instead.