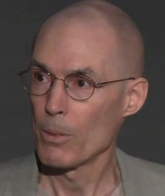 Brown claims to be a psychic. He says he has applied remote viewing to the study of multiple universes, UFOs, Atlantis and even Jesus Christ whom he claims to have met.[1]

Brown is an associate professor of political science at Emory University in Atlanta, Georgia.[3] The university has denounced his crank theories and pseudoscientific work into remote viewing. Brown has said that his research into remote viewing is not related to Emory. His fellow scientists from Emory have highlighted flaws in his remote viewing experiments and criticized his work as pseudoscience.[4] Notably, while he has received several fraternity teaching awards and continued to publish books and articles related to his formal research interests in the quantitative social sciences, he has not been promoted to full professor (usually a bureaucratic formality for tenured faculty who have published two or more peer-reviewed books related to their disciplinary interests) since receiving his current appointment in 1992.[5]

Brown is the author of the book Cosmic Voyages: A Scientific Discovery of Extraterrestrials Visiting Earth which Brown claimed to use powers of "remote viewing" (an alleged psychic ability permitting individuals to "see" objects at enormous distances) to visit Mars and observe the actions of aliens. He purports to have uncovered evidence that two races of extraterrestrials, Martians and Greys who moved from Mars to live in the dark recesses of Earth. He claims that Adam and Eve were architects of a "genetic engineering project" and that numerous Star Trek episodes were written with the assistance of aliens.[6]

The book is reminiscent of the classic science fiction novel Star Maker by Olaf Stapledon. However, it is subtitled A Scientific Discovery of Extraterrestrials Visiting Earth and sold as nonfiction. This makes the book a hoax. Brown is apparently sincere and has said that his career in academia is over if NASA’s Martian probes do not confirm his claims. He is clearly delusional and his plight may be an example of the havoc TM can wreak on mental health.[7]

An article by the Committee for Skeptical Inquiry (CSI) wrote that Brown's nonsensical beliefs from remote viewing about alien races and Martian civilizations is a case of self-deception.[8]

Brown believes he can remote view into the past. He claims to have remote reviewed into Adolf Hitler's mind. In two crazy YouTube videos he describes his experiences.[9][10]

Brown was the origin of the myth that there was an alien object following the comet Hale-Bopp, leading eventually to the mass suicide of the members of Heaven's Gate.[11][12][13]

He developed this idea as a result of remote viewing sessions at the Farsight Institute, saying "The remote viewing results clearly suggest that the object was artificial in nature, and that it was under intelligent control."[14] His report, on the overnight radio show Coast to Coast AM, created a sensation that the Heaven's Gate loonies evidently treated as though it were established fact. The mass suicide was reported by them as a way of traveling to the alien object.

Whether or not Courtney Brown was responsible, or partly responsible, for the Heaven's Gate deaths has been a hot item on the Internet debate stage ever since. Keep an open mind, folks, just don't let your brains fall out.