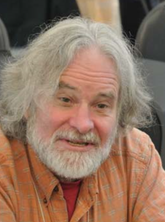 Abd ul-Rahman Lomax[1][2] (born 1944 as Dennis George Lomax, which continues to be his legal name)[3][4][5] is an American conspiracy theorist, cholesterol denialist and low-carb high-fat fanatic who is best known as proponent of pseudoscientific cold fusion. He supports diet woo such as the Atkins diet, carnivore diet and other low-carb quackery. Lomax was formerly a member of an Islamic cult with links to the alt-right. He has a notorious history of getting into internet vendettas with people who do not share his views, and often defends people with other fringe views such as Neo-Nazis.

Lomax became a Muslim in 1970.[2] He was involved for two years with the Murabitun World Movement, a politically active extremist Sufi sect with a history of antisemitism,[6][7] but was forced to leave the group in 1980. Despite this he has written extensively about Islam on the internet since the 1990s. Lomax is a free speech advocate and proponent of civil liberties, unless it's other people's rights to privacies and to lambast his viewpoints without being harassed.

He is widely considered to be an internet troll, and cyber-harasser, noted for disruption, trolling and posting of personal information. He has been banned on a number of forums and wikis, including Wikipedia, RationalWiki, Wikiversity, Meta-Wiki,[8] and Encyclopedia Dramatica.[9]

He has written a series of blog posts defending people such as Nathan Larson, Emil O. W. Kirkegaard, Michael Coombs and other alt-right activists.[10][11] He is also known to use his blog to attack people he is disgruntled with, including administrators on websites he is banned from. One of his favorite methods of attack is to 'weaponize' Google searches, so if someone searches for a name Lomax's blog will show up with ad hominem and lies written about them.

In February 2019, Lomax filed a lawsuit against the Wikimedia Foundation for publicizing the ban of his username Abd. The lawsuit was dismissed in June 2020.[12]

Lomax says he personally knew Charles Manson.[13]Do You Believe That?

Lomax claims to have studied undergraduate physics at the California Institute of Technology; he has no degree. He admits he never "graduated from any college or university."[1][14] However, he writes on websites he attended Cal Tech lectures, studying with Richard Feynman (1961-1963), further that he has knowledge of physics.[15][16][17][18] He also claims to have taken Linus Pauling's freshman chemistry class.[2] Despite, or perhaps because of this, Lomax has previously asserted that formal teachings are unnecessary for him, because he is able to "learn by writing".[19]

Lomax has been divorced seven times. He claims four of his marriages were not were legally registered.[20]

Lomax's daughter Zippy Lomax, a photographer from Portland is a Black Lives Matter (BLM) activist. In August 2020, Zippy Lomax's rear window was smashed and her tires were slashed by Portland Police at a BLM rally.[21][22][23] In a press release, police officers said the car was a hazard and “interfering with their attempts to safely move people out of the road.” Zippy Lomax has stated she plans to file a complaint against the officers and take other legal action.[23]

Lomax converted to Islam in 1970[24][2] and claims to have "become a leader of a spiritual community"[25] as a successor to a popular New Age mystic Sufi named Samuel L. Lewis

. As is customary for converts to Islam, Lomax changed his name, taking a Muslim first name. The name he took, Abd ul-Rahman means "servant of the most gracious".[26] His legal and birth name is Dennis George Lomax.[1][2]

Between 1978-1979 Lomax was a member of the Tucson branch of the Islamic Murabitun World Movement, an extremist Sufi sect.[27][6] While a member of the sect, Lomax associated with Abdalqadir as-Sufi, the sect's extreme right wing founder and noted antisemite,[6] Lomax helped him publish books.[27] He was asked to leave the sect in unclear circumstances in 1980. Lomax distanced himself from the sect, and later described it as a "shady cult".[28] Although Lomax claims to still be on good terms with Abdalqadir.[29]

During the 1990s,[30] Lomax was a regular on the Usenet newsgroup soc.religion.islam.[31] Lomax claims to be a moderator of the newsgroup.[29] He has posted voluminously on the subject of Islamic teachings and the sect he was formerly a member of, which he describes as a cult, but claims that is an objective description and not meant with negative connotations.[32] Since leaving Usenet, Lomax became active on Quora, posting similarly.[33]

Numeric miracles in the Qur'an

Lomax does not deny the possibility of miracles but has disputed the claims of Rashad Khalifa regarding numeric miracles in the Qur'an.[34][35]

"Dr. Khalifa’s claims, at best, fall into the category of pious fraud. … Had God intended the Qur'an to carry a code verifying its perfect preservation, he could have done it much more effectively and simply than the complex, arbitrary, and inconclusive 'code' claimed by Dr. Khalifa.[36]

He was also involved in a long internet debate with Edip Yuksel on numeric miracles in the Quar'an. The debate was printed in book format in 1995 and republished in 2012.[37] According to critics, Lomax is notorious for ad hominem.[38]

Lomax's skepticism about numerical miracles was positively cited in a book by Martin Gardner.[36] Lomax cites Gardner on websites to prevent himself from being labelled as a pseudo-scientist for his unorthodox views about cold fusion.[39] However, what this actually shows is an example of stopped clock.

See the main article on this topic: Cold fusion

Lomax is the owner of the pseudoscientific "Infusion Institute" which he formed in December, 2013.[40] It is not a recognized scientific institute, he is the only member. In 2015, he wrote a paper arguing for cold fusion that was published in the peer-reviewed journal Current Science.[41][42]

Cold fusion is real, and it is time that serious work is funded to study the conditions of cold fusion and other correlated effects, gathering the evidence needed to understand it.[43]

At least one news report has incorrectly described Lomax as a "physicist".[44] Lomax has made a number of far-fetched claims, for example he has stated that with further development "cold fusion could supply clean power for humanity indefinitely."[45]

Lomax is the owner of Lomax Design Associates, now based in Northampton, Massachusetts. In 2011 he gave a presentation at the pseudoscientific Cold Fusion/Lattice-Assisted Nuclear Reactions Colloquium at the Massachusetts Institute of Technology.[46]

Lomax is a cholesterol denialist who argues that high LDL cholesterol levels do not increase the risk of cardiovascular disease.[47][48][49] He denies that there is a link between saturated fat consumption and increased blood cholesterol levels. He eats a low-carbohydrate high-fat (LCHF) meat-based diet and similar to other low-carb fanatics recommends high consumption of saturated fat. He also defends the dangerous carnivore diet and pseudoscientific ideas of Shawn Baker. "Baker knows his stuff", Lomax commented in 2019.[50]

Lomax has spent years eating the Atkins diet, which most of the medical community have rejected as a fad diet.[47][51]

On Atkins, not only did I lose weight rather efficiently, but I was now eating my favorite foods. When I was a kid, they would say to me, “Have some bread with your butter.” My favorite food, besides steak, was baked potato with butter and sour cream, emphasis on the last two.[47]

Lomax argues against low-fat and vegan diets. On his website he has defended cholesterol denialists and low-carb promoters such as Malcolm Kendrick and Gary Taubes.[47][49] Lomax argues on his website (without providing evidence) that a high-fat diet will decrease the risk of cardiovascular disease or stroke. For example, Lomax says that "In spite of being high-fat, Atkins eaters improved cardiac risk factors".[48] He gives no peer-reviewed scientific evidence for this statement.

Parapsychology is, by definition, a science.[57]

The vast majority of scientists, however, consider it a pseudoscience.[58][59]

He has worked with psychic Craig Weiler and his friend Ben Steigmann in promoting paranormal studies on Wikiversity. These studies were deleted in January, 2018.[60]

Defence of Emil Kirkegaard and racialism

Lomax's exact views on race are hard to pin down, but he has defended individuals from the "race realist" community, which Lomax believes is a respectable position. In February 2018, he wrote an extremely bizarre article defending Emil O. W. Kirkegaard and the controversial London Conference on Intelligence.[10] Lomax says he has not seen any evidence that offensive or racist material was presented at the UCL conferences.Do You Believe That? This is despite the fact that over 80% of the speakers have published papers in the Mankind Quarterly, a pseudo-scholarly racist journal.[61] Lomax has defended the journal and criticized the Wikipedia article on it as biased, describing it as "clearly a scientific journal".[10] Mainstream academics have described the Mankind Quarterly as a "white supremacist journal".[62]

Lomax takes issue with the Southern Poverty Law Center which he claims is "highly political". He criticizes their report on Richard Lynn, claiming "this hit piece is simply hitting on stereotypes about racism and sexism, knee-jerk expectations".[10] On his blog, Lomax links to the neo-Nazi encyclopedia Rightpedia as a "valid" source of information. One can speculate that his defence of alt-right speakers such as Kirkegaard and Lynn stems from his interest in protecting civil liberties:

I was also an officer in the Cal Tech chapter of the ACLU, probably as a sophomore there. (I picketed the House Unamerican Activities Committee meeting in Los Angeles then). The ACLU has defended Nazis and other groups widely considered reprehensible, as action protecting civil liberties. Civil liberties are not just for those with politically correct or popular views, but for everyone, and if it becomes an offense to defend the unpopular, democracy is in double trouble.[63]

As an internet troll, and cyber-harasser, Lomax is infamous for disruption, trolling of admins, and posting of other editors personal information. He has been banned on a number of forums and wikis, including Wikipedia, RationalWiki, Wikiversity, Meta-Wiki,[64] and Encyclopedia Dramatica.[65]

He uses his blog to attack administrators on websites he is banned from; mainly by weaponizing Google searches, so if someone searches a name — his blog will show up with ad hominem, lies and smears written about them. After being blocked from RationalWiki and Wikipedia, Lomax wrote thousands of words on his blog about his bans, continuing to attack more editors.

In December 2017, Lomax was permanently blocked on Wikiversity for long-term disruption and misusing the site for his personal vendettas to harass other users.[66] In February 2018, he was globally banned by the Wikimedia Foundation.[67]

After being banned on practically every respectable wiki on the internet, Lomax became a troll poster on Encyclopedia Dramatica. However, in February 2019, even bottom feeder Encyclopedia Dramatica had enough of him and permanently banned Lomax for attacking other editors by creating defamatory articles about them.[68]

Lomax filed a lawsuit against the Wikimedia Foundation in February, 2019 for publicizing the ban of his username. He also invoked an irrational conspiracy theory that a group of skeptical editors including several admins teamed up to ban his account and acted with "malice". The case was dismissed in June, 2020. Lomax's claims had no basis in fact and were based on "mere speculation".[12]