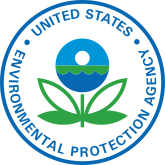 The Environmental Protection Agency, or EPA, is an executive department in the United States charged with protecting the environment and overseeing human health issues as they relate to the environment. A child of the social upheaval that was the 1960s, the EPA was created by the commie and tree-loving hippy Richard Nixon, in December, 1970. Arguably, public awareness raised by Rachel Carson's masterpiece, Silent Spring, published several years before, played a role in the eventual creation of this vital government agency.

Although the EPA does not create laws, they are involved in the process, by writing policy and enforcing both the policy and the larger laws that are written by the United States Congress.

The EPA has been involved in, among other things:

The EPA has come under increased scrutiny from Republican administrations,[3] particularly in bad economic times when companies can point to regulation and say "yo, get rid of these and we'll make more jobs." They even blame the EPA for nearly all forms of pollution.[4] Almost every GOP candidate for President since Romney has pledged to reign in or kill the EPA.

Most conservatives accept that air pollution is an actual thing, they just believe it is the onus of big business to regulate itself. (Which is why they never lobby for looser restrictions or cheat during inspections.) The other tendency for small-government types is to claim these problems would be solved by expanding property rights, so as to fill the private courts with these types of cases, as though the threat of litigation alone is a deterrent. (Never mind the Exxon Valdez civil case only took 19 years to finally reach a settlement.)

You see, in libertarian Crazy Town, the solution to polluted air and oceans and rivers is simple: Sell off the air and the oceans and the rivers to the highest bidder. Then the owners will protect it, or something.[5]

We haven't quite figured out how you keep birds from flying, or fish from swimming, or build sky/ocean fences to keep "your" fish and "your" birds in "your" ocean and "your" land"... Actually, we're not sure they've figured out how to keep water/air from flowing, either. It's almost as if "property" is a man-made concept which makes no sense when applied to states of matter.

Indeed, Donald Trump and most Republicans in Congress have continued to undermine the EPA.[6] Trump appointed Scott Pruitt, a man with several well-documented massive conflicts of interest who filed lawsuits against the EPA and a declared climate change denialist, to lead of the agency. When he unceremoniously resigned, Andrew R. Wheeler

, coal stuck up his ass, took the reins instead.[7] The irony can hardly be ignored.

Not surprisingly, environmental protection in the United States has been in free fall.[8] The EPA sees many of its regulations and programs becoming rescinded or rolled back. Those introduced under Barack Obama are especially targeted out of spite.[9][10] This means Trump is removing protections against climate change, exacerbating the damage inflicted by extreme weather, politicizing the relevant science, allowing pollution related problems to occur more frequently and on larger scales, all because he doesn't like Obama.[11][12][13][14][15][16] He even cuts a "life-saving" program that specifically helps children just because it mentions "climate change",[17] itself a phrase that he banned from being used in his administration.[18][19][20]

This government-related article is a stub.
You can help RationalWiki by expanding it.
Retrieved from "https://rationalwiki.org/w/index.php?title=Environmental_Protection_Agency&oldid=2472760"
Categories:
Hidden categories: