From RationalWiki
(Redirected from Ironically)
Jump to: navigation, search 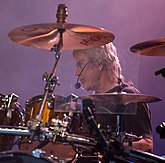 Frank Beard of ZZ Top: the embodiment of irony

Irony is the outcome of an action or event being the exact opposite of what was hoped for, or a disparity (often hilarious) between intended meaning and the actual meaning that comes across.[1] Oxford Dictionary refers to it as "a state of affairs or an event that seems deliberately contrary to what one expects and is often wryly amusing as a result."[2]

It's best shouted out loud in an odd voice when you encounter something ironic. i.e., "Oh! the EyE-rOn-EeEeE!!!!" — do not attempt to actually write this on a forum post; use the irony meter instead.

The phrase, for example, "It is ironic that Jesse Helms died on the 4th of July," mistakes irony for coincidence. For any seemingly random event to occur on a particular day (a 9/11 survivor dying on September 11th in some other year, for example) is simply a case of improbable things happening.

In cases such as that, people often use the word "ironic" to mean the opposite of ironic (much as they often say "literally" to mean "not literally"), which is itself ironic.

We enter grey territory where some people accept the use of irony in a broader sense while purists vehemently protest. Critics include the Author of "The Oatmeal" who dedicated a cartoon on the subject and David Eggers wrote a ranting mini-essay against the abuse of the term irony at the end of his book "A heartbreaking world of a Staggering Genuis"[3]

An example given in Eggers' essay: "an ambulance carrying a patient to the hospital ran over and killed an old woman in the street". Defenders: It was expected for the ambulance to save a life and instead it took one. Critics: The two events (carrying one patient and killing a bystander) are similar but disconnected. While tragic it is not relevant. If the ambulance accidentally killed the patient that was in the ambulance, that might be ironic...maybe-perhaps. Another example: "It's like rain...on your wedding day." Defenders: Everyone had the image of a bright sunny happy outdoors wedding in mind and instead it is a cliché grey, drizzling and sad setting. Critics: While this bad weather is unfortunate, the weather in this case is in part random and is more a disappointment rather than the end result of a process or sequence of events...also Alanis Morrisette has set back the clock on irony diffusion: that is, the slow vulgarization of irony into an all-encompassing "hey that is unexpected" or "isn't it funny how things worked out". Defenders don't care as it seems quite likely that irony diffusion will prevail.